Sydnie Martindale Transfers From Snow College To BYU For 2017 Season 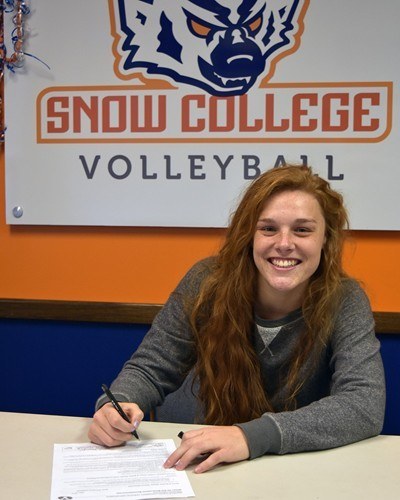 After playing two season with Snow College, sophomore Sydnie Martindale announced her decision to transfer to BYU for the 2017... Current Photo via Snow Athletics

After playing two season with Snow College, sophomore Sydnie Martindale announced her decision to transfer to BYU for the 2017 season. She is currently practicing with the squad this spring in preparation for the coming season.

Martindale was a two-time Region 18 Defensive Player of the Year with the Badgers. This past season she led Snow College with 486 digs for an average of 4.96 digs per set. On top of that, Martindale recorded a team-best 29 aces on the year. In her final season with the Badgers, she posted 15 or more digs in 18 matches, including a season-best 40 digs against Utah State Eastern. To conclude her sophomore season, Martindale picked up back-to-back 20 dig matches at the Region 18 Tournament.

“Sydnie has been such an important part of our program this past season, said Snow College head coach Jeff Reynolds. “We are so excited for her and the opportunity she has ahead of her.”