TCU Falls to #6 Texas, But the Horned Frogs Have a Promising Future 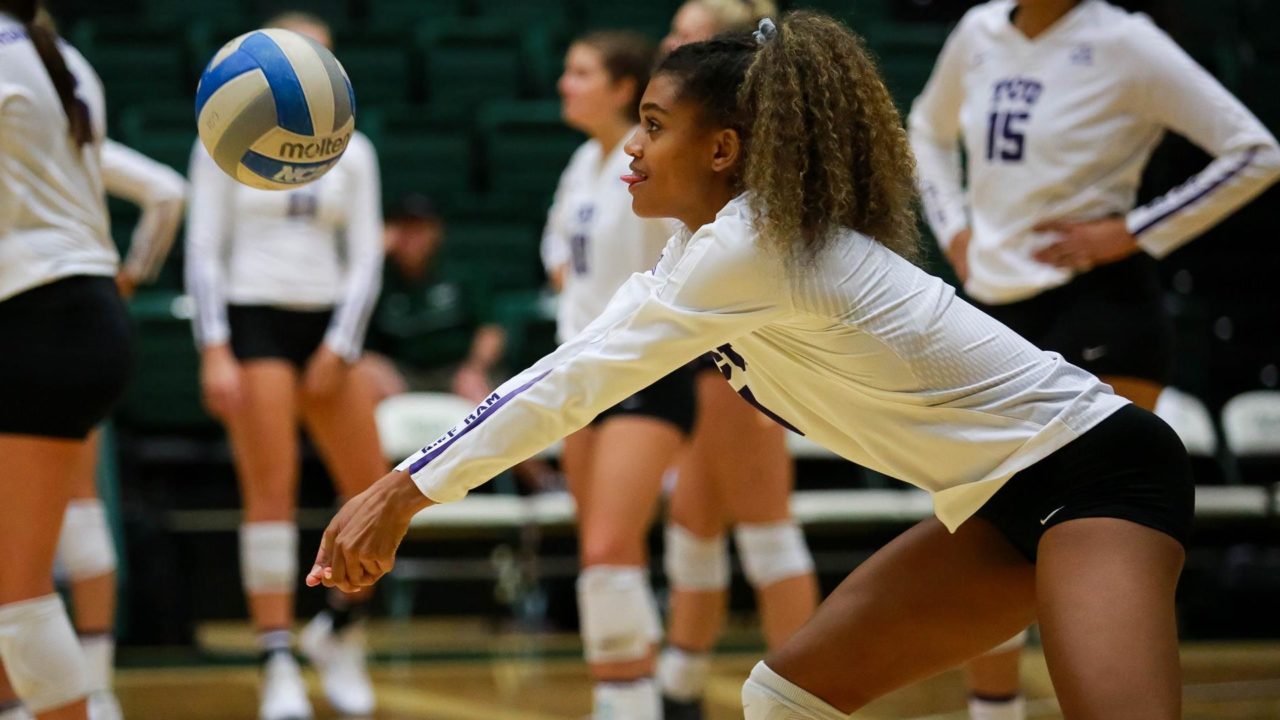 Elan McCall continues to shine as a freshman in leading a youth-infused TCU bunch so far this season. Archive Photo via TCU Athletics/Volleyball

Last night playing in Fort Worth, Texas, the TCU Horned Frogs were mere points away from upending #6 Texas. In fact, they led 12-10 in the fifth, but surrendered the final five points of the match to fall to the Longhorns. Still though, TCU has plenty of positives to take away from the match.

The leader in that regard would be what was shown by freshman outside hitter elan McCall, who continues to be a revelation after coming in as the 76th ranked player by PrepVolleyball and has notched double-digit kills in every match so far. That was on full display against the Longhorns, as she totaled 24 kills on a .246 mark and 17 digs in a near comeback from down 0-2 in sets. In total for the season, she’s averaging 5.04 kills per set on a .256 clip.

It’s not just McCall though who has is performing at high-level at a young classification for TCU (10-5, 2-2 Big 12). Of their eight players to have started a match, six are underclassmen. Of the 90 individual starts given out, 53 are for sophomores and 15 for McCall as a freshman.

Not to mention that their top two players in matches played in who haven’t started, middle blocker Katie Clark (2.19 points per set) and setter Ashley Kozer, are a freshman and sophomore respectively.

Most of all the takeaways is that this TCU team is filled with young potential. The talent will continue to make them competitive in the Big 12, while how soon it all comes to fruition over the course of the season will determine if this team can make the NCAA Tournament. At the very least though, the future years look extremely bright for the Horned Frogs.