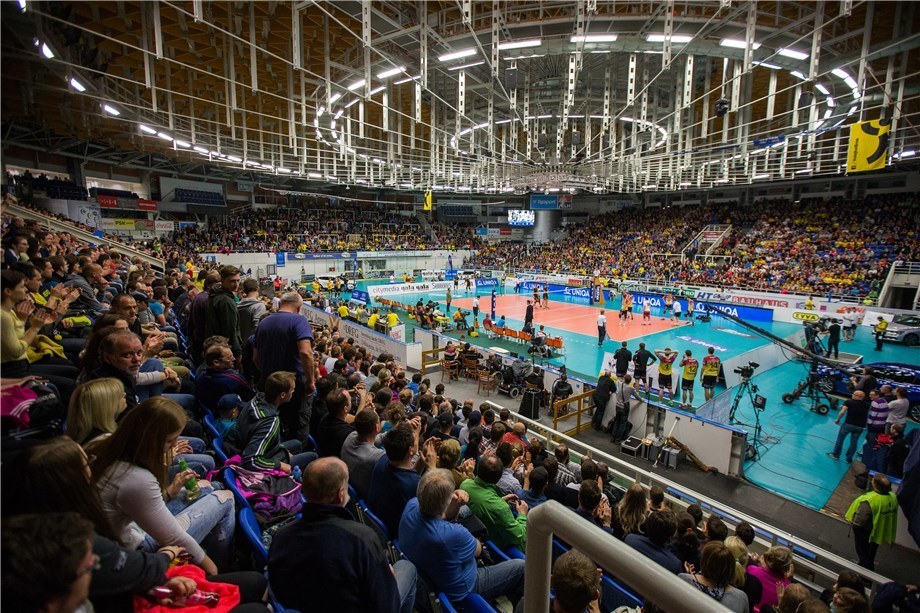 Competing at England’s National Volleyball Cup Finals back in April, the Team Northumbria men and women both prevailed with the... Stock Photo via FIVB

Competing at England’s National Volleyball Cup Finals back in April, the Team Northumbria men and women both prevailed with the titles, winning their finals matches in dominant fashion.

After winning their semi-final match against Sheffield Hallam three sets to none on February 24th, the Northumbria men rolled through IBB Polonia London by the same margin, winning by scores of 25-23, 25-23 and 27-25.

“The lads stuck together as a team and we had some really step-up,” said coach Dave Goodchild. “To lose your starting setter the week before any final is tough but the way Ru [Rupert Scott] came in – in what was his first competitive match in two years – and ran the game was exceptional.

The women’s team defeated Polonia SideOut London in straight sets in their semi-final match, and then took out Durham 3-1 in the final. After losing the opening match 26-24, they came back and dominated with wins by scores of 25-18, 25-20 and 25-20.

“Overall, it’s been a really successful season for us,” said Goodchild. “I am absolutely delighted for the girls. Durham came with a specific plan to be aggressive and take some risks which really put our girls under pressure from ball one. We didn’t find our rhythm in the early stages of the game and, like the BUCS finals, anyone could have claimed the first set and they edged it. But as the game progressed the girls found their momentum.”

“We started getting a better touch on the block and setting our defence behind them better. It was a really tough game but once we started sticking to our plan – developing on what we have been working on and creating the one-on-ones – they started to open up and we really hurt them. The performance from Yulia [Tokarenko] was absolutely frightening and she very clearly deserved the MVP award”.