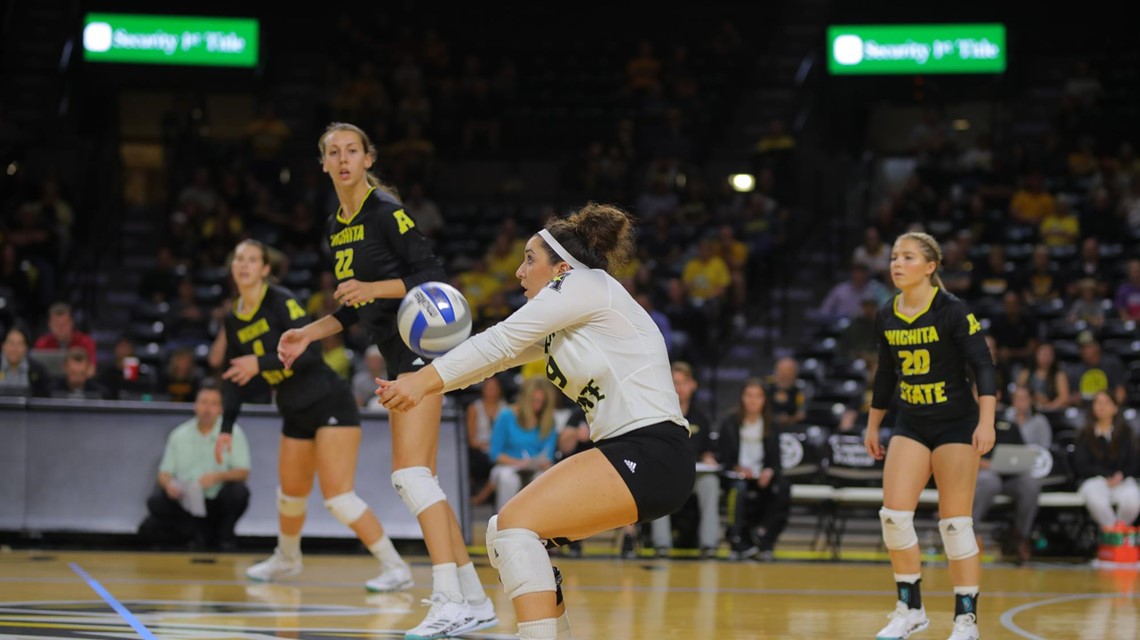 With week eight in the books, more conference awards are out for the American Athletic Conference. This week’s honors go to Temple’s Izzy Rapacz and Wichita State’s Giorgia Civita, who collect offensive and defense player of the week awards respectively.

Rapacz, a senior right side/outside hitter from Glenview, Illinois, brings home the AAC Offensive Player of the Week behind 4.62 kills per set and a .448 hitting percentage on the week. That week included a pair of wins in Florida as Rapacz notched 12 kills (.308) in a sweep over South Florida before a five-set win over UCF when she logged 25 kills (.537). She literally ended that match in Temple’s favor too, as she netted the final two points in a 15-13 fifth set.

While Rapacz did it on offense, Civita, a redshirt freshman libero from Milan, Italy, garners the AAC Defensive Player of the Week award. Just like Temple, Civita helped her team to a 2-0 mark as she notched 29 digs in a four-set win over SMU that gave the Shockers sole possession of first in the conference. 15 more digs in a sweep of Tulsa pushed her weekly total to 6.29 digs per set, as the award is also the third such accolade earned by Civita this season.

Beyond Rapacz and Civita, five others were nominated on the weekly honor roll for the AAC, which can be seen below.