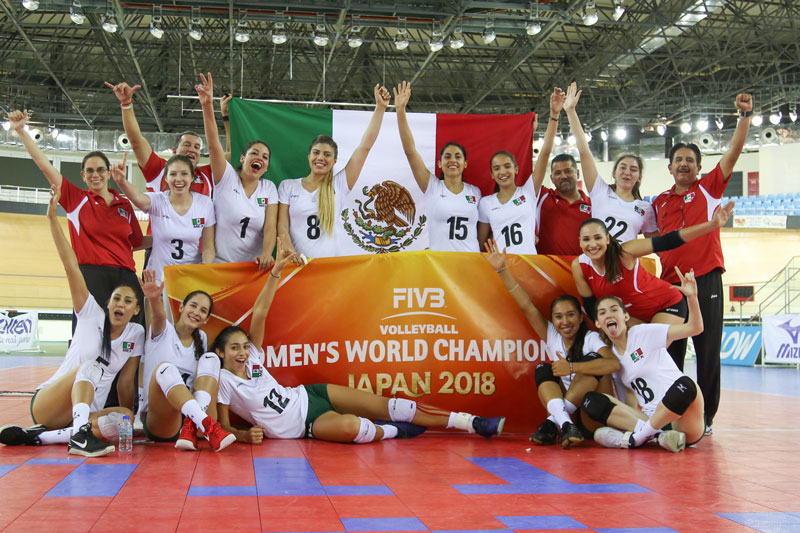 Although both teams had already punched their tickets to the 2018 World Championships, the battle for supremacy in Group A went the distance with Mexico surviving for the five-set win.  Current Photo via NORCECA

Although both teams had already punched their tickets to the 2018 World Championships, the battle for supremacy in Group A went the distance with Mexico surviving for the five-set win.

Costa Rica finished third in the group, besting Dominica via sweep for its first win of the tournament on Sunday.

A 13-8 edge in blocking helped lift the Mexicans to the victory as the other statistics were fairly even. T&T boasted a 6-5 lead in aces. The teams tied in kills with 55 apiece, but Mexico made less errors (37-33).

For the victors, Samantha Bricio led the way with 23 points, 19 kills, a match-high three aces and a block. Dulce Carranza (19) and Xitlali Herrera (18) followed. Carranza turned in 14 kills, four blocks and an ace, while Herrera notched 11 kills and a match-high seven blocks.

The Costa Ricans bested Dominica 33-17 in kills, 5-1 in blocks and 10-2 in aces. The 40 points scored by Dominica, however, was the nation’s best tally of the tournament, with 20 coming from Costa Rica miscues.