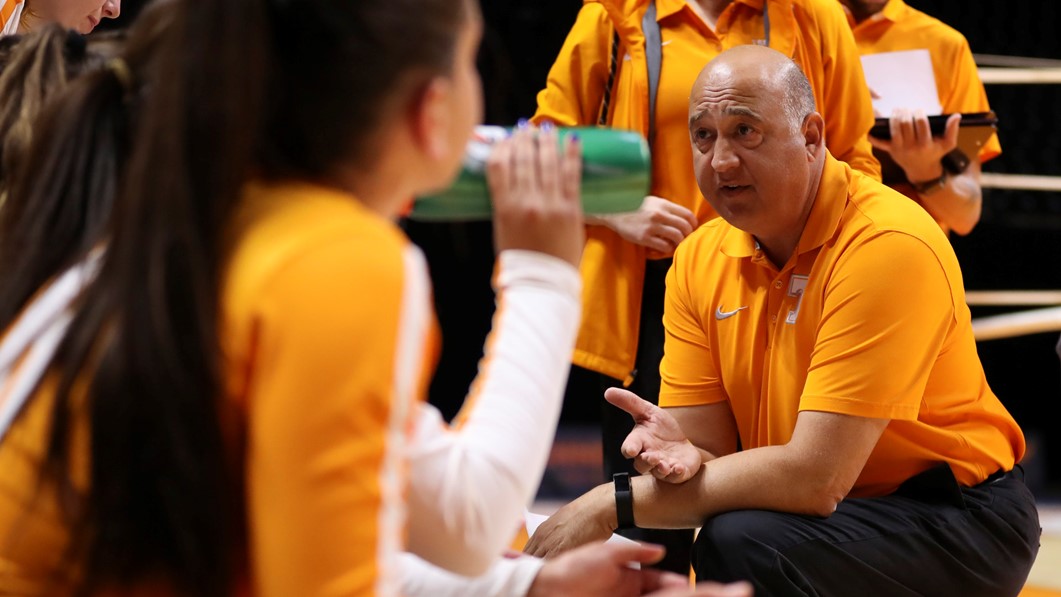 After 21 seasons with Tennessee, Rob Patrick has submitted his resignation following a 12-15 record in 2017. Current Photo via Tennessee Athletics

After 21 seasons with Tennessee, Rob Patrick has submitted his resignation following a 12-15 record in 2017. Patrick’s resignation takes place immediately and A.J. Bonetti will serve as the interim coach in the meantime.

In his time with Tennessee, Patrick posted 409-250 overall record that reigns Patrick as most winningest coach in volleyball program history. His overall record includes two SEC titles and nine NCAA Tournament appearances. This season, The Vols went 12-15 overall and posted a 5-13 mark in SEC play. The record in the SEC ended the Vols season early, with no implications of making the NCAA Tournament this season.

It has been some time since Tennessee has seen much success on the volleyball court, with the most prolific years being in 2004 and 2005. The 2004 season saw the Vols produce a 32-3 record under Patrick with the following year seeing the squad propel into the NCAA Tournament semifinals. 2004 and 2011 were the only two years of Patrick’s tenure that the Vols picked up an SEC title. From 1997-2012, Tennessee finished in the top-four of the SEC in all but 2005 when they finished in fifth place.

“I would like to thank the University of Tennessee—and especially Joan Cronan—for hiring me and giving me the opportunity to coach at this special institution. I’d also like to thank Angie Keck and Donna Thomas for all the support they have provided to me. Finally, I must extend my heartfelt thanks to the incredible assistant coaches I worked with, along with all the talented student-athletes who worked hard and sacrificed for the success of Tennessee volleyball,” said Patrick.

Recently, Tennessee brought in a new athletic director, Phillip Fulmer, and are still in the market for a head football coach after a very public debacle led to the Volunteers agreeing in principle with a new coach Greg Schiano, and then changing their minds after a public outcry. Tennessee is now entering a national search of their next head volleyball coach as well.