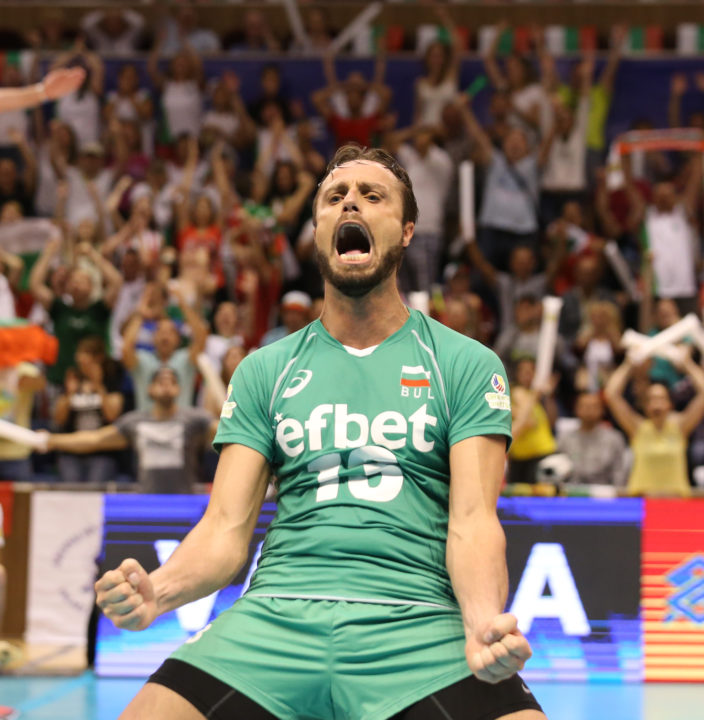 The starting libero for Bulgaria, Teodor Salparov, has made it know that he is thinking of hanging up his shoes now that the World Championships have ended for his squad. While it is a possibility, Salparov has not made the finals decision.

In an interview with Sportal TV in Bulgaria, the libero said, “I certainly think of giving up. I have been with the national team for 15 years, but if there is a need for me, because Olympic qualification is coming next summer, I will always help the team. I will not leave them in a difficult situation, so I will sleep, take some time, and discuss with the federation. But again, if I am needed, I always have the pleasure to play for the national team and the incredible people who support me.”

Salparov has been teammates with Matt Anderson at Zenit Kazan since 2014. Much of that time he could only play in the CEV Champions League since they already had Anderson and Wilfredo Leon in the lineup. Only 2 foreign players can be a roster in the Russian Super League, but there are not restrictions in CEV competitions. He left Kazan after after this past season and has signed with Neftohimic 2010 in Bulgaria this upcoming year.