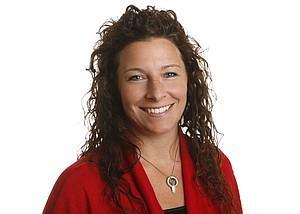 According to an article written in the Lawrence Journal-World, Kansas associate head coach Laura “Bird” Kuhn is nearing a deal to become the leader of the Texas A&M Women’s Volleyball program.

Kuhn has been a part of the Kansas staff since 2011 and was the 2015 AVCA Assistant Coach of the Year as the Jayhawks made the Final Four. They also added to their historic program run with a Big 12 title in 2016 and made the NCAA Tournament once again this season.

Kuhn should thrive in the state of Texas if the reports are true, as she helped spearhead the recruiting for Kansas that was pivotal in bringing in program cornerstones such as Kelsie Payne (Austin, Texas), Madison Rigdon (Pflugerville, Texas), Ainise Havili (Fort Worth, Texas) and Tiana Dockery (Richmond, Texas). All of those started for the 2015 Final Four team, but she’s added other recruits from the Lone Star state to the Jayhawks too, such as middle blocker – the position she also coached – Zoe Hill, who earned All-Big 12 honors in 2017.

The Aggies are coming off a down year in which they finished 10-15 (7-11, SEC) as previous head coach Laurie Corbelli resigned. Corbelli won 519 matches in 25 years at the helm, made the NCAA Tournament 20 straight times at one point and won the SEC in 2015. They also had 11 Top 25 finishes in her time. While that success leaves big shoes to be filled, it also proves that Kuhn will have a great opportunity in front of her to succeed in her first head coaching gig.

Although the deal is not finalized, it seems imminent according to the LJ World’s report, which also states she has not made a final decision on her staff but it would make sense to add Kansas’ other assistant in Todd Chamberlain.

Overall, the move could show Ray Bechard’s long-term commitment to the program, as Kuhn was seen around the program as a head-coach-in-waiting. While that might have been more of a verbal and non-committal title, Kuhn turned down other offers in years past. Maybe it means Bechard has plans to stay longer than Kuhn would like to wait, or maybe it’s the opportunity to go to a state she’s recruited well. Either way, Kansas will feel her departure while Texas A&M should be in good shape moving forward with Kuhn’s recruiting ties.