Texas DS Natalie Gilbert Will Not Return in 2018 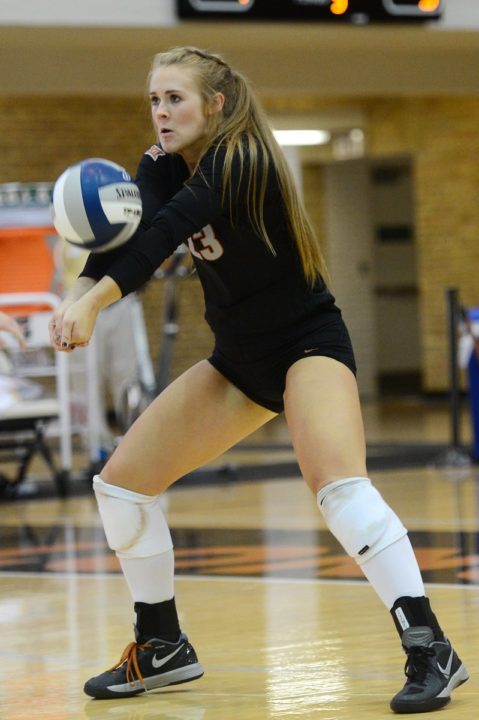 Texas DS/L Natalie Gilbert will not return to the team for her senior season in 2018. Archive Photo via Texas Volleyball/Athletics

Texas defensive specialist/libero/serving specialist Natalie Gilbert will not return to the Longhorns’ team in 2018, instead opting to focus on her graduate studies next year. Gilbert is majoring in Corporate Communication.

A 5’8″ junior this past season for Texas, Gilbert came to Austin after attending Coppell High School. She appeared in limited action as a freshman and sophomore, before playing in 21 matches in 2017.

In 44 sets of play this past year, Gilbert logged 29 digs, including a career-high of 10 against Texas Tech. She also notched four aces and four assists as a junior. Beyond her on the court play, she also was named to the Academic All-Big 12 First Team.

Texas, who won the Big 12, went 27-3 last season and made the Regional Finals, has two defensive specialists/liberos returning to their 2018 roster in Claire Hahn and Autumn Rounsaville, plus what they’ll add in the recruiting class.

Texas junior libero Natalie Gilbert will not return to the Longhorns this upcoming season. Gilbert found a role as a serving specialist this past season, but she will focus on her graduate studies in 2018. #HookEm pic.twitter.com/GlNc83hXE8