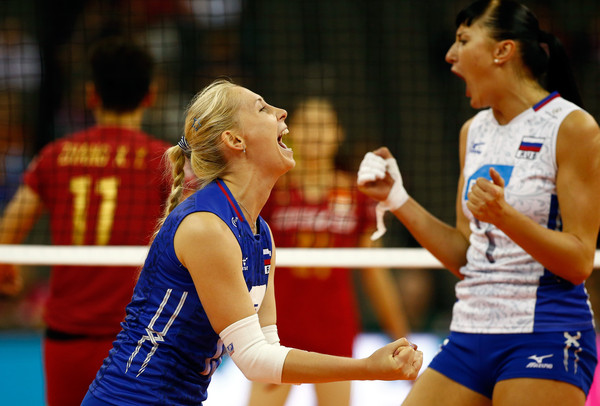 Anna Malova, 28-year old veteran libero from Ulyanovsk, Russia, has been signed by Uralochka-NMTK for the 2018-19 club season. Malova, standing at 175 cm, is arriving at Uralochka after taking a break from volleyball for the 2017-18 season. Malova gave birth to her first child, a daughter named Faith, on April 4th, 2018. She elected to miss the 2018 Nationals League and World Championships in order to care for her newborn.

As a former member of the Russian National Team, Malova was named the “Best Libero” of the 2015 FIVB World Grand Prix as well as the “Best Libero” of the 2015 European Championships. Malova was also the libero for two European Championship teams, in the 2013 and 2015. Malova is not currently competing with the Russian National team, and has not been a member of the National Team since deciding to step away from volleyball in 2017.

Malova’s new club, Uralochka, lost to Yenisei in the third-place championship matches to finish fourth in the Russian Club Championships. Uralochka was previously led by Ekaterina Chernova in the libero position.