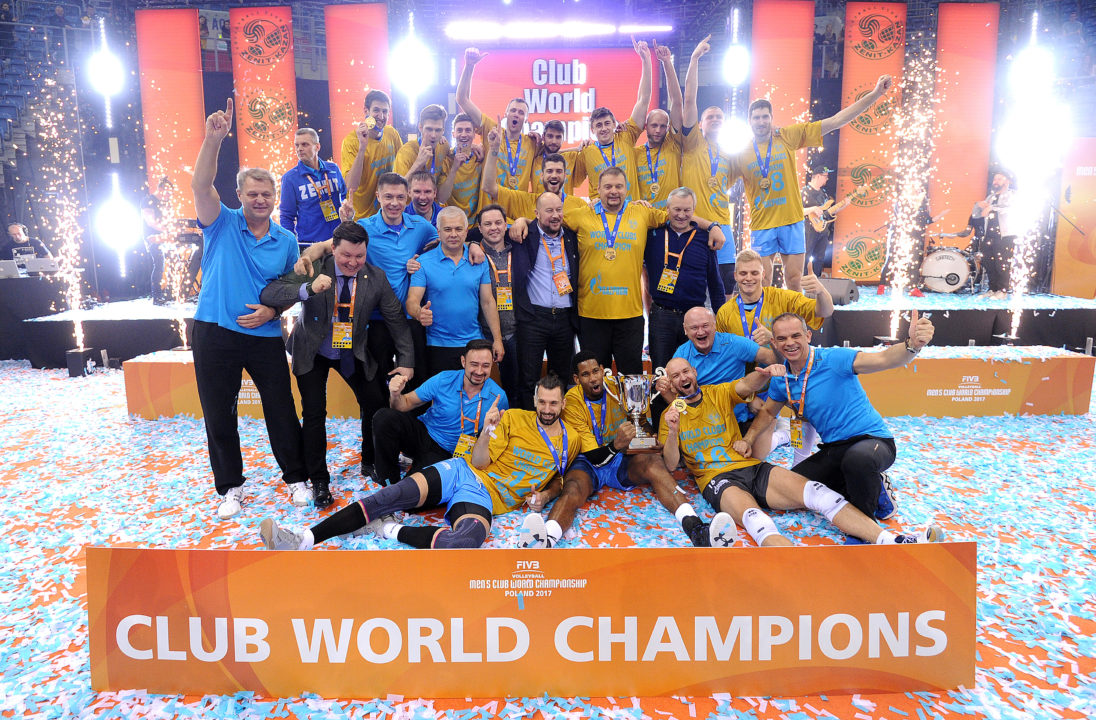 In spite of what some coaches may think, Zenit Kazan is still the team to beat in Russia's Superleague Current Photo via FIVB

Reality comes at you hard. In spite of what some coaches may think, Zenit Kazan is still the team to beat in Russia’s Superleague, even after losing Wilfredo Leon. Yugra Samotlor learned this the hard way after its 3-0 loss to the team, which played without stars such as Matt Anderson, Earvin Ngapeth, and Alexey Spiridonov. After the match, Samotlor‘s coach, Valery Pyatkovsky, drew a nice comparison to what it’s really like facing the team that won 9 out of the last 10 Russian seasons:

“Yes, we lost 3-0, but nevertheless, I am satisfied with the way my players looked today. It is clear that we only had a small chance from the beginning. Playing against Zenit Kazan, even at home, is the same as entering the ring against a heavyweight boxer. You know that you will almost certainly be beaten, but you will learn from this a useful lesson and eventually you will become stronger. What tasks are assigned to the team for the season? We first need to start winning, and then think about the tasks.”

Samotlor finished its last season in a low 10th place, sporting a 9-17 record.