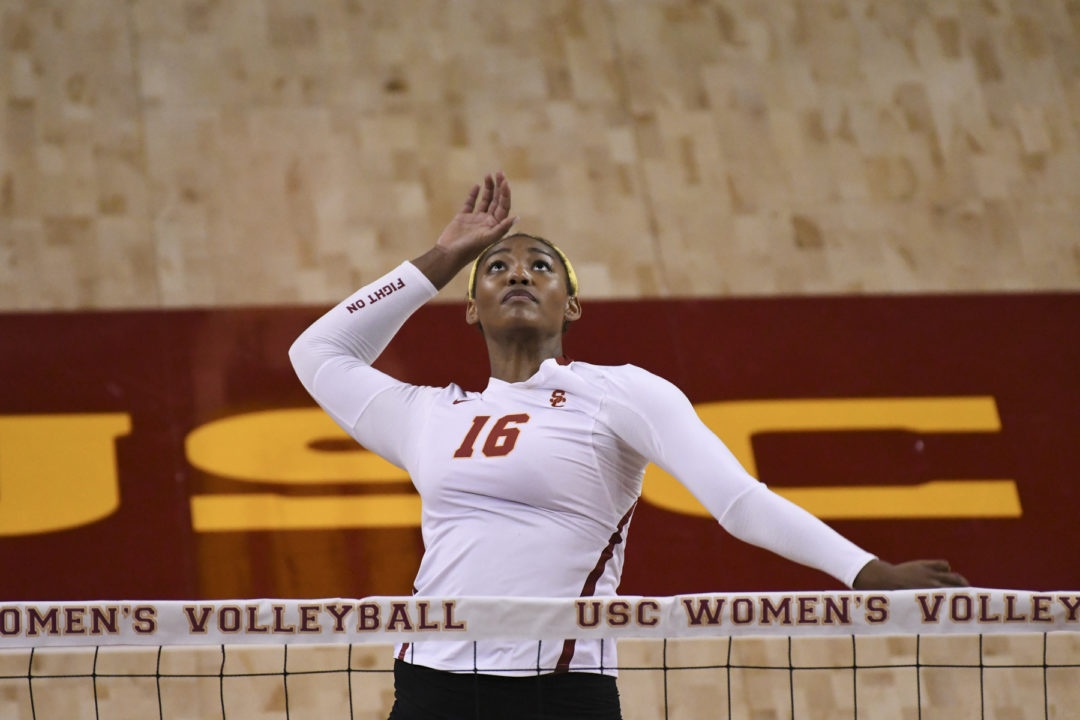 Khalia Lanier will look for a strong start to Pac-12 play as her 10th ranked Trojans host #15 UCLA in the night cap on ESPNU. Archive Photo via USC Volleyball/Athletics

The full TV Schedule can be seen here for not just Wednesday, but the rest of the way.

Furthermore, the conference networks will have some action, with the SEC Network seeing Texas A&M travel to Arkansas and the ACC Network getting #9 Pittsburgh hosting Virginia. The Big Ten Network has quite the double-header as well, with more televised through different packages. Again, that can be seen through the TV Schedule above.