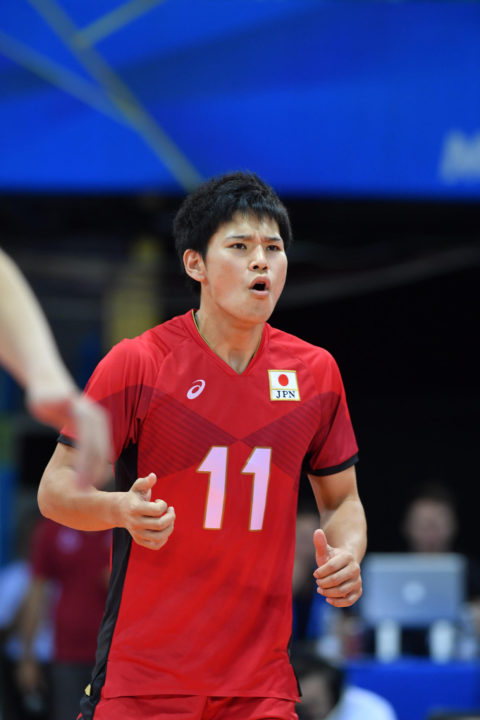 For the first time since rally scoring was instituted at the World Championships in 2002, two players have scored 30+ points in the same match. Fuji Nishida is the youngest to achieve as such. Current Photo via FIVB

For the first time since rally scoring was introduced at the FIVB Men’s Volleyball World Championships in 2002, two players have hit the 30-point mark in the same match.

In Wednesday’s high-intensity preliminary round showdown between Argentina and Japan, vying for the last spot in the 2nd round of the tournament, Japan won 3-2; but Argentina only needed 2 sets to advance and eliminate the Japanese.

For the victorious Japanese, Yuji Nishida became the youngest player to ever pull off the feat by scoring 30 points at 18 years, 7 months, and 20 days old. The previous youngest was Iran’s Amir Ghafour, who scored 30 points against Serbia in 2014 at 23 years, 3 months, and 9 days old. Ghafour is still active in the Iranian National Team. Nishida stands only 6’1″ (186cm) tall, which is well shorter than the average international-caliber opposite, but makes up for it with an incredible leap, as show in the video below:

Japan's 🇯🇵 #11 Yuji Nishida starts & ends this one! Great serve that gets Belgium 🇧🇪 off-balance and a huge spike from the back to finish! Wow! #FIVBMensWCH #volleyball #volleyballWCHs @JPN_Volleyball pic.twitter.com/TX4U71btm6

For Argentina, it was the veteran Facundo Conte who pulled off the feat, hitting 30-for-36 (83.33%) and adding 2 aces and a block to finish the match with 33 points – the 4th-highest total in history. His was also the highest hitting percentage and fewest swings needed to clear the 30-point barrier. He was only hitting 42% in the tournament coming into the match, and had only 43 points (and just 25 kills) in the team’s first 4 matches combined before Tuesday.

Conte also becomes the first South American player to score 30-points-or-more in a World Championship match (and just the 3rd from the western hemisphere). 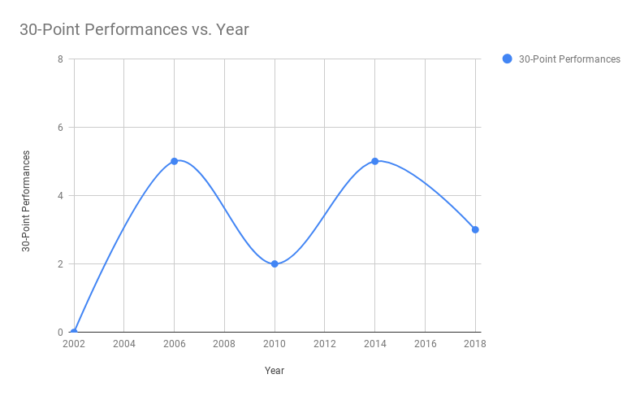