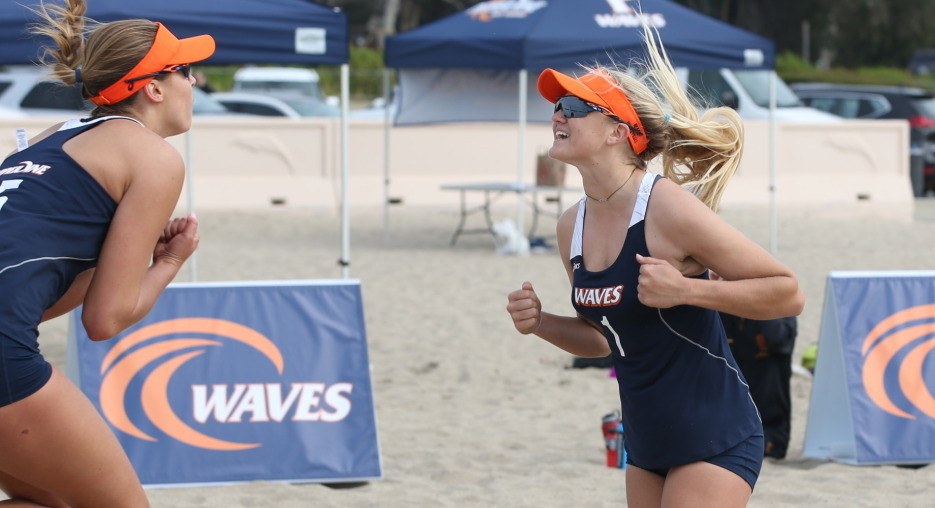 This week’s top-8 teams remain exactly where they were last week in the AVCA Coaches Poll rankings.

#1 USC remains unbeaten on the season, having won the Outrigger Invitational to improve their overall winning streak to 41 matches. The teams top pair Kelly Claes and Sara Hughes have now extended their pairs winning streak to an impressive 84 matches.

Joining the top-15 this week is Florida Atlantic after going 4-0 over the weekend at the Stetson Hatter Invite, taking down #9 Georgia State (then #8), in a tough 3-2 decision. With the loss, Georgia State fell just one position to be tied for ninth.

South Carolina is continuing their great season, having a record of 11-1 and moving up one spot in this weeks poll to tied for #9 with Georgia State.

Stetson continues to have the most brutal schedule of the season, but was able to go 3-1 in this past week, but was not enough to keep them at their previous #12 position, as they fell one spot to #13. Grand Canyon swept in to take the #12 ranking after going 3-1 this weekend as well, only having lost to #3 UCLA.