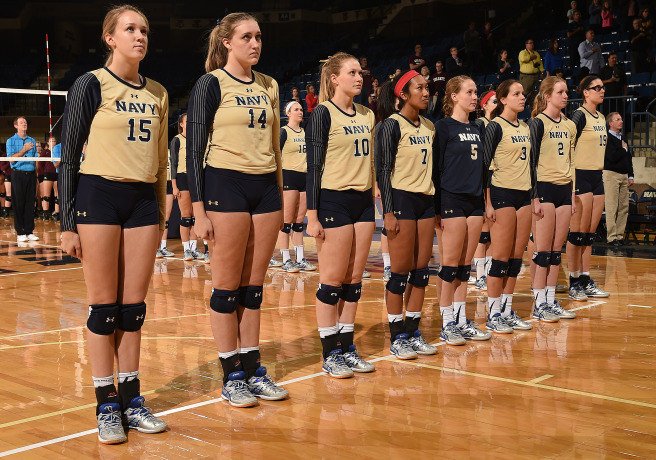 After hot starts, Navy and Air Force meet in a service academy showdown to highlight the day of matches. Archive Photo via Navy Athletics

Week two continues on Wednesday with just 13 matches before the schedule really ramps up on Thursday. See some of the best matches of the day below, led by a service academy showdown:

Two service academies renew a strong rivalry that goes beyond the sky and the sea and extends to the volleyball court.

Navy is coming off a strong 20-9 season in 2016 in which they just missed out on the NCAA Tournament when they fell to American in the Patriot League semifinals. They’re off to a hot start in 2017 as they’re 3-0 after wins in the opening week against Akron, Saint Francis (Pa.) and Maryland Eastern Shore.

Air Force went just 10-21 in 2016 but look ready for a much stronger season in 2017 as they return Denise Ssozi, an outside hitter who was one of 16-trainees with the U.S. Women’s Junior National Team this summer. They’re already seeing dividends, as they won at Montana State and defeated Gonzaga with their lone loss coming to a receiving votes team in Illinois.

The host-team Sacramento State holds a 3-1 record as they look ready for an encore season after collecting 20-wins in 2016. They’ll look to fend off fellow-California based team Pacific, who are 1-2. Don’t let the Tigers record fool you though, as their two losses came to Kansas State and Oregon State in matches that were very competitive, with Pacific taking a set in each and even taking two others vs. the Wildcats to extra points.