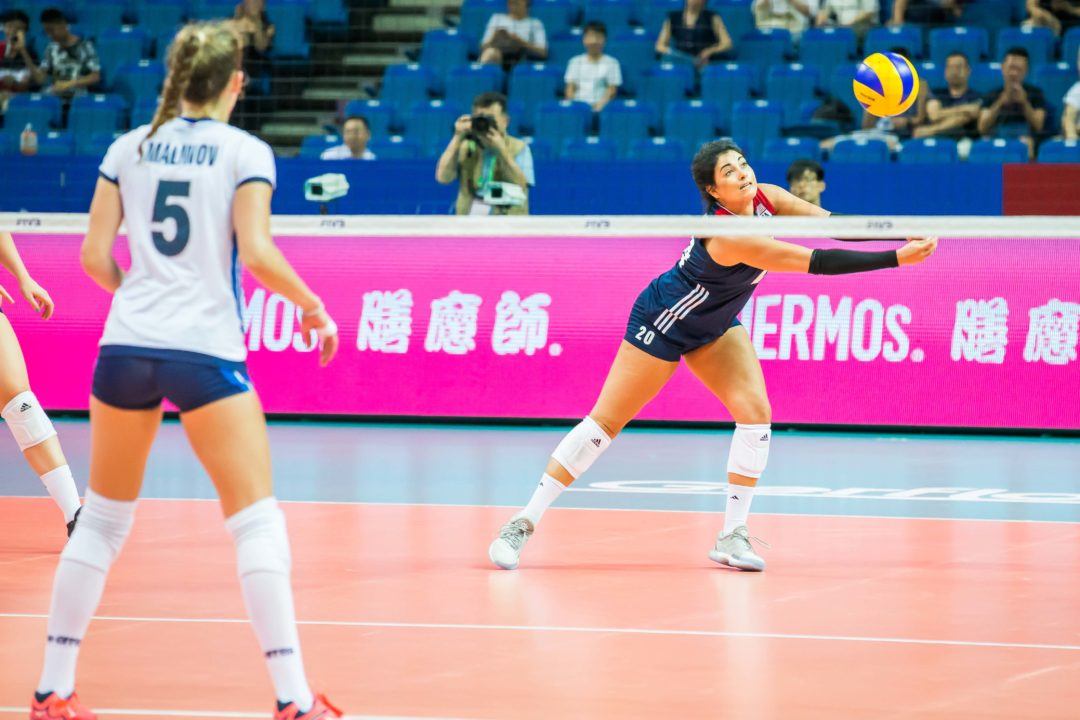 Benson is currently playing with Team USA at the FIVB World Grand Prix as one of the team’s liberos. The American’s are currently 4-2 in the competition sitting in third place going into week three.

Additionally, Benson was a member of the U.S. team that took gold at the Pan American Games, saying the win gave the team a lot of momentum going forward, looking on to the 2020 Tokyo Olympic Games.

Benson played with the University of Oregon in 2016 for her senior season, where she was just 53 digs shy of the program’s record. She finished second in both career digs per set (4.63) and digs (2,146). In her final season with the Ducks, Benson picked up a career-best 575 digs for the season. In all four seasons, Benson picked up at least 500 digs.

With Vandoeuvre Nancy, Benson looks to learn a lot and bring her best game every day.