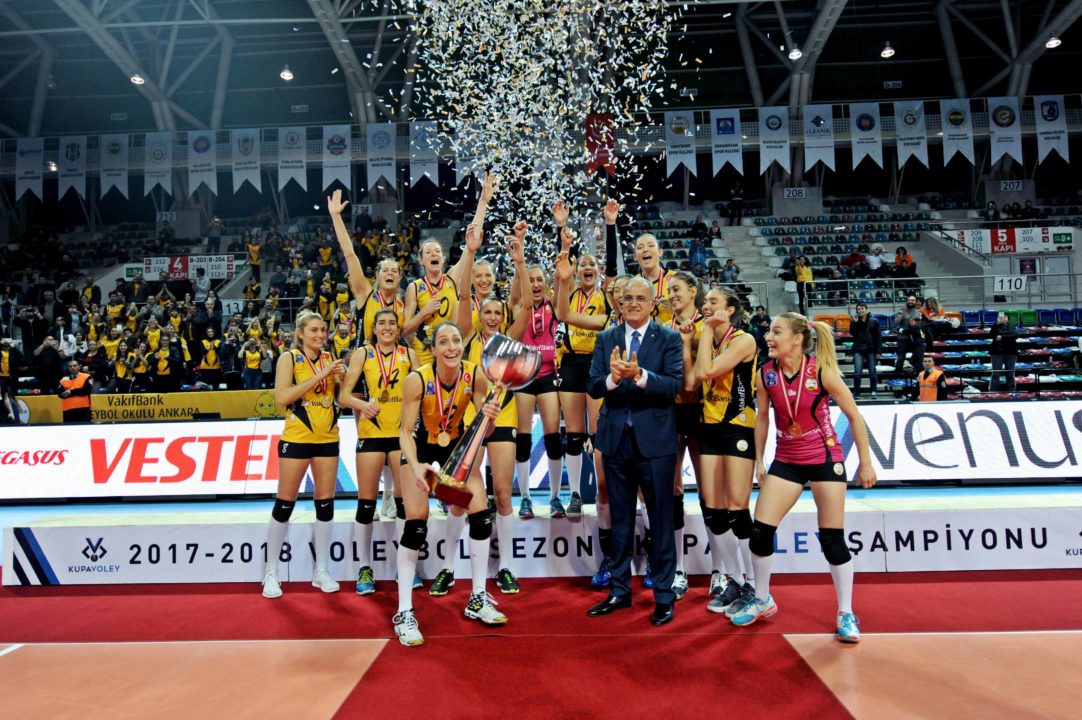 VakifBank Istanbul has recently taken their first Turkish Cup since the 2013-14 season for their sixth overall over league-leading Eczacibasi VitrA Istanbul who has eight titles to their name.  Current Photo via Turkish Volleyball Federation

VakifBank Istanbul has recently taken their first Turkish Cup since the 2013-14 season for their sixth overall over league-leading Eczacibasi VitrA Istanbul who has eight titles to their name. The victors took the title in straight sets 3-0, (25-22, 25-18, 32-30) with a grueling third set that extended well past the regular stopping point of 25.

As the winners of the Turkish Cup, VakifBank will now represent Turkey at the 2019 CEV Cup.

Last year’s champions, Fenerbahce fell to the eventual champions in the semifinals during a four-set match while Eczasibasi took down another Turkish League leader Galatasaray who has been on the upswing this season. 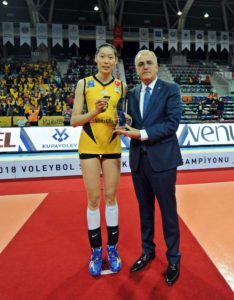 for her role in the team’s victory. In the finals, Ting posted a match-best 24 points in the win while Lonneke Sloetjes added another 16 along with Milena Rasic‘s 13 and Gozde Kirdar‘s 11.

The silver-medalists were led by Serbian star Tijana Boskovic with 21 points while Jordan Larson added another 16 in the loss.