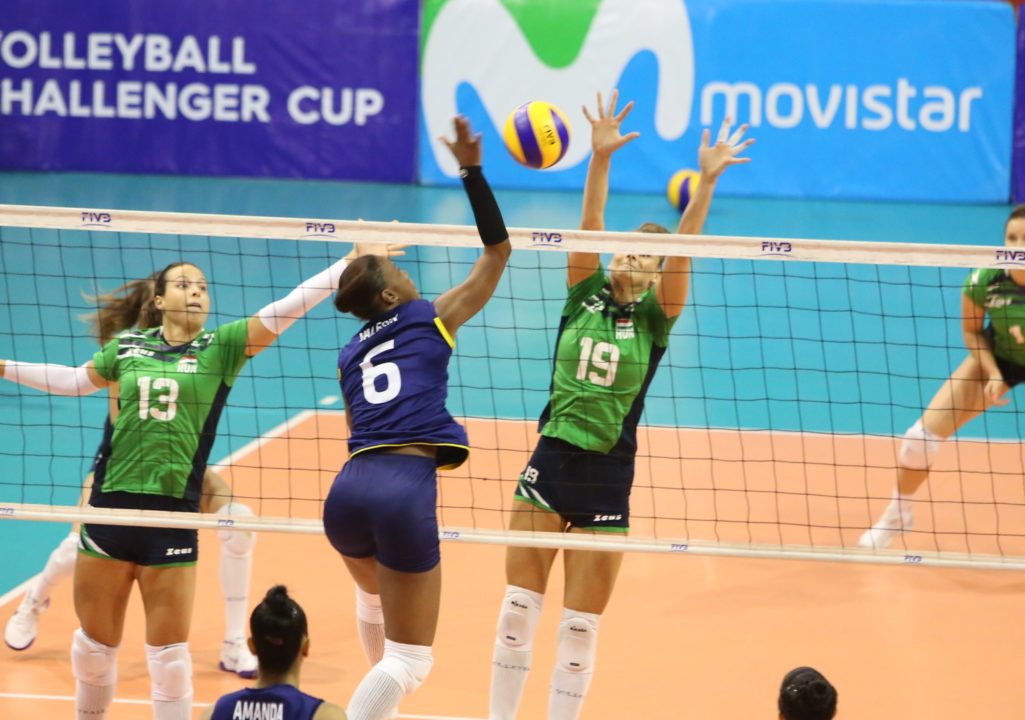 Colombia will battle Bulgaria for gold at the 2018 FIVB Women's Challenger Cup and a 2019 VNL bid. You can watch all the action live. Archive Photo via FIVB

Puerto Rico comes into this as the highest ranked world team in the event, yet they’ve lost two straight to Bulgaria and Colombia. In their most recent contest, the semifinals loss, they took the first set but didn’t close things out. While that eliminates them from contention for the 2019 Volleyball Nations League, they’ve got some young stars on the roster who showed out in the loss that gives them a bright future. They’ll look for another step toward that future with a bronze medal in this match.

Their opponent will be the Peruvians, who also sit at 1-2 in the event thus far after they went 3-0 in the South American qualifier – although took a spot in the Challenger Cup as hosts. And as hosts, although they don’t have a gold medal or 2019 FIVB Volleyball Nations League bid to play for, they can still go out with a win and a bronze medal. This type of game can be difficult to gauge how interested each team will be after missing out on the main goal, but Peru has the home crowd on their side giving them a reason to finish strong.

The Colombians are undefeated thus far in this event after a 2-1 mark in the South American qualifier that pushed them to this stage. Their semifinal match came with Puerto Rico, who they overcame a one-set deficit against to win in four and move on to the finals. Their block has been phenomenal in leading to their success too, which they will need once again if they want the gold medal – and more importantly a bid to the 2019 FIVB Women’s Volleyball Nations League.

Their opponent will be the top European side, Bulgaria, who have rolled through the competition to this point after doing so in the Golden European League as well. Most recently they swept Peru, who was playing in front of their home fans. Their strength is their well-spread out scoring where they can have one individual beat you on any given night or they can have a handful of their athletes come together to bludgeon you, as they did against Peru with five players in double-digits for points.