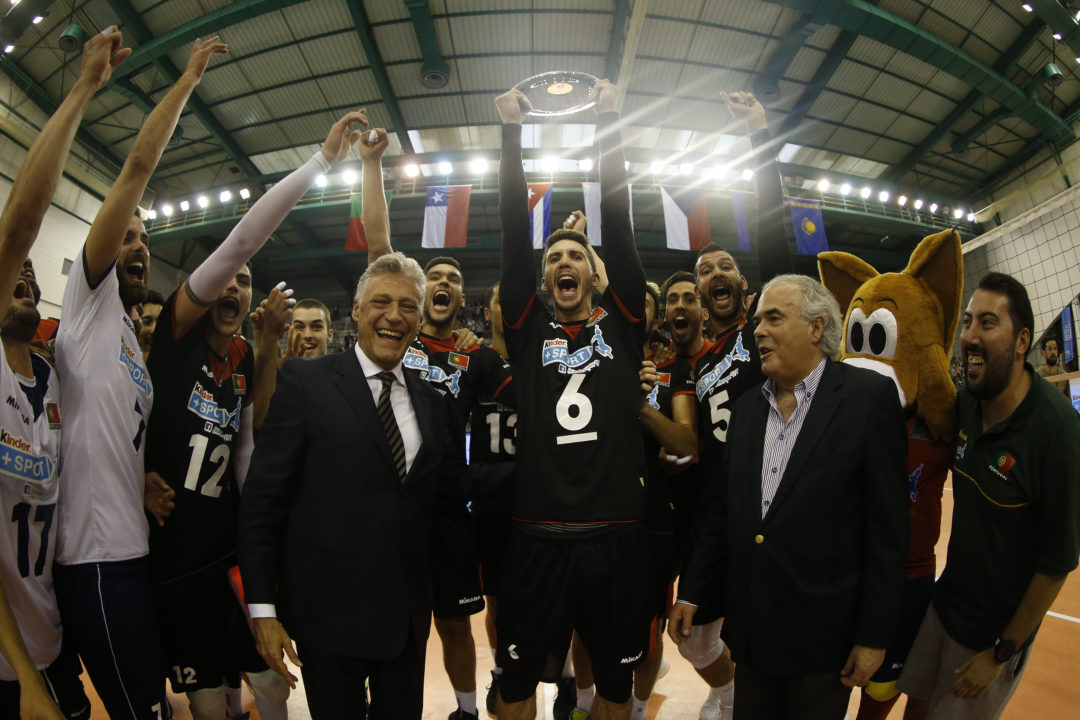 Portugal claimed first-place over Czech Republic and a berth in the 2019 Volleyball Nations League by winning the 2018 Challenger Cup. Archive Photo via FIVB

For the first time in the event, Portugal lost a set. It happened right off the bat too, as Czech Republic was feeling well early. However, the Portuguese side regained their form to win in four sets, earning Gold and a promotion to the 2019 FIVB Men’s Volleyball Nations League.

It was all about the Portuguese attack (53-36 in spikes) and serve (8-4 in aces) in the match. They were more aggressive, which hurt them for nine more errors, but the trade-off was keeping Czech Republic out of system more often and knocking down some impressive kills. They also led in team blocks, 9-8.

The trio of Jan Hadrava (12 points), Donovan Dzavoronok (11 points) and Petr Michalek (10 points) were strong for the Czech side, but with no other players above four points they couldn’t match Portugal. That’s because Alexandre Ferreira (22 points) and Marco Ferreira (19 points) were nearly unstoppable and three more players notched between five and 11 points additionally in leading them to Gold.

Although it wasn’t quite the reward of competing for Gold and a spot in the 2019 Volleyball Nations League, there was still an award on the line as Estonia downed Cuba in straight sets for Bronze.

Cuba was actually the more thrilling team on the offensive side with four more kills, but the Estonians were more efficient with the kills they did put down and they had eight less team errors. Additionally, they notched an 8-5 advantage in blocks and 4-1 in aces.

Individually, Miguel David Gutierrez Suarez (15 points) led the match in scoring with Cuba, but Renee Teppan (14 points) and Rauno Tamme (12 points) weren’t far behind for the Estonian side.