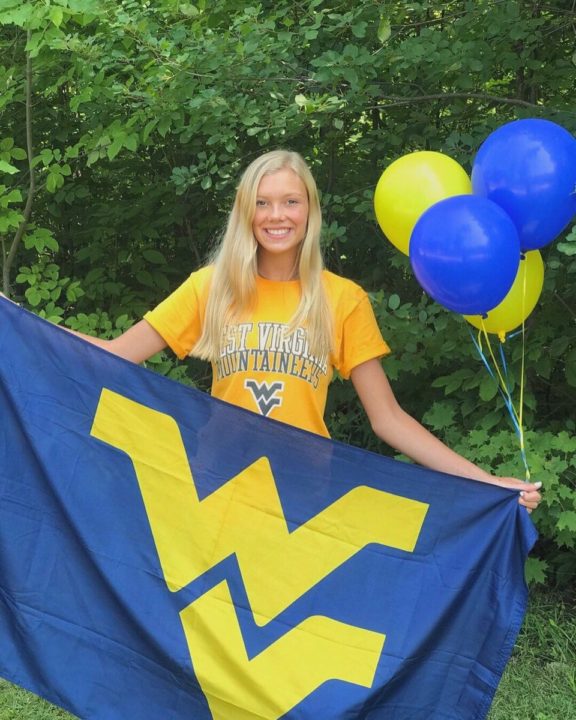 Gibson will be a sophomore this new season ahead at Buckeye High School in Medina, Ohio. As a freshman in 2017, she was part of the varsity team that went 19-5 and 14-2 in district play en route to a district semifinal appearance.

Standing 6’0″ tall, Gibson also plays with AVC National Volleyball and the 15N team on the club side of things. Video of her play from the Big South Qualifier can be seen below via YouTube:

It’s the first class of 2021 recruit that has been registered in the VolleyMob Recruiting Database, although outside hitter/right side Molly Hunt has pledged to the school as part of the class of 2020.

West Virginia is coming off of a 21-13 finish to the 2017 season including a 6-10 mark in the Big 12 and an NIVC Tournament semifinals appearance.

I am beyond excited to announce that I have verbally committed to further my academic and volleyball career at West Virginia University! Thank you to my family, teammates, and coaches for supporting me along the way. Let’s gooooo Mountaineers!💛 pic.twitter.com/m7B8LjvaEF