What’s the Impact Of a Deep Run in the NIVC Tournament? 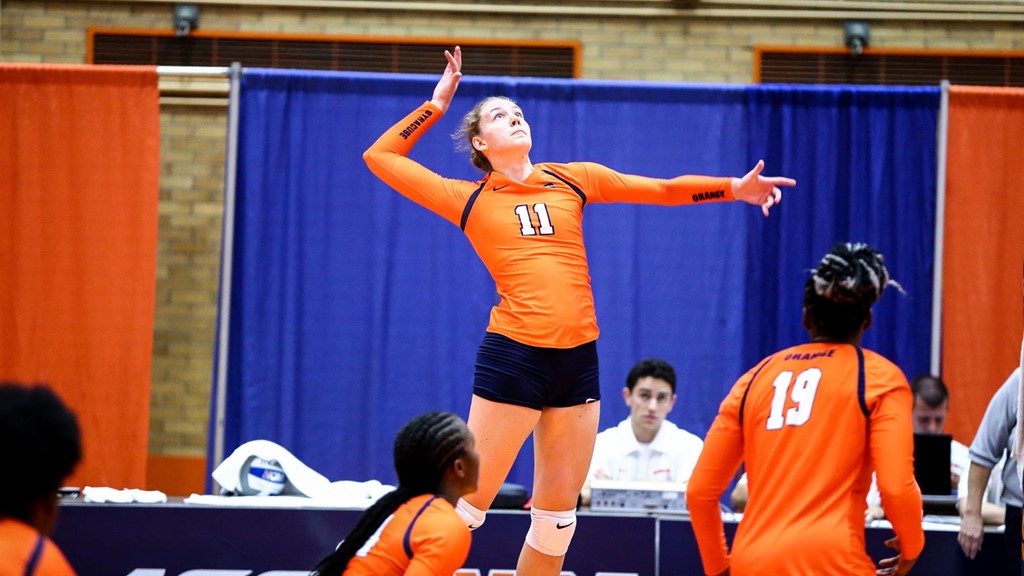 Syracuse was one team able to take a deep run in the 2017 NIVC Tourrnament into a stronger season in 2018. Archive Photo via Syracuse Athletics

The NIVC isn’t quite the NCAA Tournament – that’s no secret. But while it’s a chance for schools who were left out to add success to the season and continue their year or career, is it possible that the extra play can help a team take a step forward for the next season.

Let’s take a look at some case studies from the first edition last season, and if those extra matches and practices were a springboard to 2018 with the teams who made deep runs in the event:

So what’s the conclusion?

The average regular season record for teams in the event in 2017 and made the quarterfinals or further was 17-13 and conference records of 8-9. This season, those teams averaged to combine for regular season marks of 16-13 and conference records of 8-9 – so pretty much the same. Additionally, two teams made the NCAA Tournament.

What that means is there’s not an overarching boost for everyone involved. But, if you look at a majority of the teams who were either young or returned a lot of players, that extra play likely helped them as a springboard to 2018 – such as Syracuse, TCU and Green Bay.

It’s still a small sample size after just one NIVC to go off of, but that’ll be something to watch in the 2018 version: can the teams who make a deep run use that to start off a stronger 2019 season.