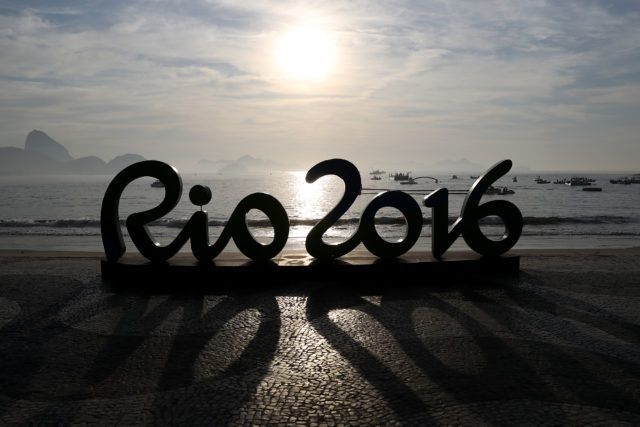 Team USA went 4-1 in Rio to win gold, knocking off China. It was a truly lopsided Olympics in score, with the U.S. outscoring opponents by nearly 200 points in all.

The full press release with all of the USOC’s winners is below.

WASHINGTON, D.C. – The United States Olympic Committee today announced the 2016 winners for the Team USA Awards presented by Dow, Best of the Games, recognizing Team USA’s outstanding performances and awe-inspiring achievements from the Rio 2016 Olympic and Paralympic Games in the following six categories:

The awards were presented during a live taping of the Team USA Awards presented by Dow, Best of the Games ceremony, held tonight at Georgetown University’s McDonough Arena in Washington, D.C. The awards show – which featured co-hosts Akbar Gbajabiamila and Matt Iseman from NBC’s Emmy nominated seriesAmerican Ninja Warrior – will be televised on NBC Sports Network (NBCSN) on Oct. 4 from 10-11 p.m. ET.

The awards celebration also recognized Adam Krikorian, head coach of the gold-medal-winning U.S. Olympic Women’s Water Polo Team, as Coach of the Games; and North Baltimore Aquatic Club with the Building Dreams Award, presented by USG, which recognizes an individual, group or community that has gone above and beyond in its support of Team USA.

The ceremony concluded with the presentation of the inaugural Jesse Owens Olympic Spirit Award, which was posthumously bestowed to Olympic boxing champion Muhammad Ali, who passed away on June 3 after a long battle with Parkinson’s disease. Created in collaboration with the Owens family on the 80th anniversary of Owens’ record-breaking performances at the 1936 Olympic Games, the award annually recognizes an individual(s) who has served as a powerful force for good in society, inspiring others by contributing to a better world, uniting people or leading a cause. Lonnie Ali, wife of the late Muhammad Ali, accepted the award on his behalf from Owens’ granddaughter, Marlene Dortch, and great grandson, Llewellyn Dortch Jr.

“The Olympic spirit guided Muhammad even after his time in Rome to appreciate the world and realize how people can come together to celebrate those things that unite us all,” said Ali. “He did so with service to others. I hope that the young athletes from the Rio Games continue to be guided by the Olympic flame in their lives, whether they return to compete or not. I hope they see the Ali in all of us and pledge their lives to giving back to the world and their communities.”

In addition to celebrating Owens’ legacy, the 18 African-Americans who competed at the 1936 Olympic Games in Germany were also recognized during a special tribute – decades after they were denied the opportunity to meet the U.S. President along with their fellow Olympians. In honor of all the progress that has come since, their families were invited to accompany Team USA during its ceremonial post-Games visit to the White House on Sept. 29.

Female Athlete of the Olympic Games, presented by DICK’S Sporting Goods
Katie Ledecky, Swimming
Ledecky set two world records en route to winning four golds and one silver, becoming only the second swimmer to sweep the 200-, 400- and 800-meter freestyle titles at a single Games. Her four gold medals in a single Olympics rank tied for second all-time among women.

Male Athlete of the Olympic Games
Michael Phelps, Swimming
Phelps further cemented his legacy as the greatest Olympian of all time with 23 gold medals and 28 overall. With five golds and one silver, the 2016 Games marked the fourth straight in which Phelps led all athletes across all nations and sports dating back to 2004.

Team of the Olympic Games, presented by Dow
U.S. Women’s Gymnastics Team
For the first time, the U.S. women defended their Olympic title in the artistic gymnastics team competition, scoring 184.897 points – more than eight points ahead of second-place Russia. The U.S. posted the highest score on each of the four apparatuses to secure the dominant victory.

Female Athlete of the Paralympic Games, presented by DICK’S Sporting Goods
Tatyana McFadden, Track and Field
McFadden won a medal in all six of the individual events she entered, winning four golds and two silvers in Rio. McFadden won gold in the 400-, 800-, 1,500- and 5,000-meter and silver in the 100 and marathon.

Male Athlete of the Paralympic Games, presented by The Hartford
Brad Snyder, Swimming
Snyder took home three gold medals and tied for silver, giving him a total of four medals in Rio. He defended his Paralympic titles in the 400- and 100-meter freestyle events, while breaking a 30-year-old world record in the 100 freestyle.

Coach of the Games
Adam Krikorian, U.S. Olympic Women’s Water Polo Team head coach
Krikorian led Team USA to its second straight Olympic gold medal, guiding an inspired 6-0 run just days after the unexpected passing of his brother, Blake Krikorian. With the win, the U.S. became the first team to defend its Olympic title and the only nation to medal at each of the five Olympic Games since the sport debuted in 2000.

Building Dreams Award, presented by USG
North Baltimore Aquatic Club
Founded in 1968 as a humble neighborhood swim club, the NBAC has grown into one of the most successful training programs in the country. The NBAC placed five swimmers on the 2016 U.S. Olympic Swimming Team – including the most decorated Olympian of all time in Phelps – who combined to earn 10 medals and seven golds in Rio. The club also helped produce legendary swimming coach Bob Bowman, and Paralympic medalists Jessica Long and Becca Meyers. For the 15th consecutive year in 2016, the club was recognized as a USA Swimming Gold Medal Club – the top honor for a swimming club in the U.S.

Jesse Owens Olympic Spirit Award
Muhammad Ali, accepted by Lonnie Ali
One of the greatest boxers of all-time and an inspiration to millions, Ali won the 1960 Olympic light heavyweight title and three world heavyweight championships (1964, 1974, 1978). Widely known for his dominance in the ring, he is also remembered as a humanitarian, advocate and visionary. He dedicated his life after boxing to fighting for racial and religious equality, and world peace for which he was designated a United Nations Messenger of Peace in 1998. He was also a strong supporter of the Special Olympics, Athletes for Hope and the Make-A-Wish Foundation. An advocate and inspiration for people with Parkinson’s Disease and others in need, he helped establish The Muhammad Ali Parkinson Center in 1997 and the Muhammad Ali Center in 2005 to foster respect, hope and understanding.