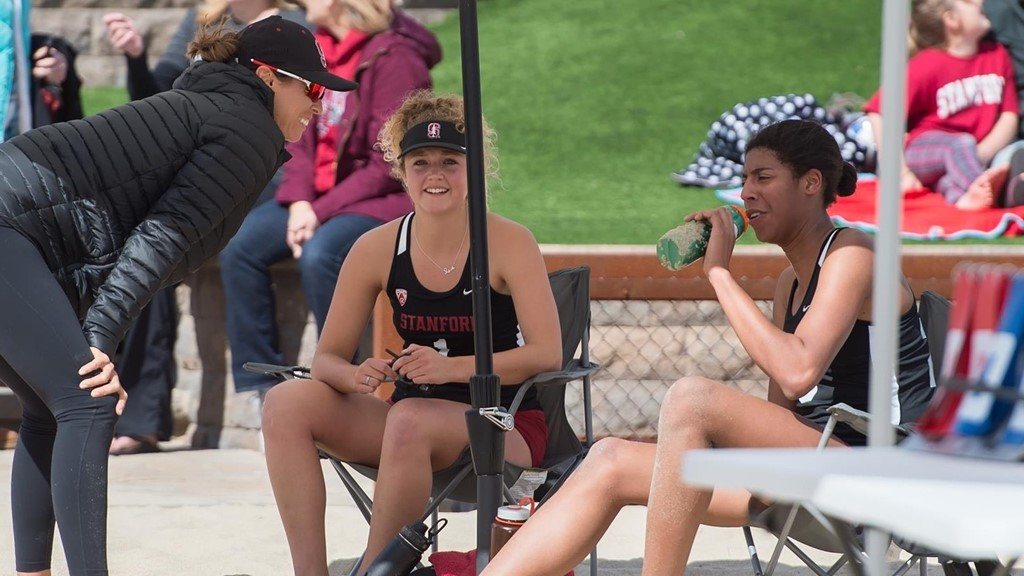 That streak includes a third win this season against #4 Florida State, who fell to USC in last year’s national championship match. USC beat them 4-1 and swept #9 South Carolina away 5-0.

Florida State recovered to beat the other #9 team in the country South Carolina.

“Today was a really good day,” Florida State head coach Brooke Niles said. “Again this was four weekends in a row that we have faced multiple Top-10 teams. We had a tough loss in the morning, but I think our team bounced back and came out strong against Georgia State.

“Tomorrow we need to get more consistency and fine-tune some things. Today we played hard and communicated well, which helped us get some tight points. I am hoping that we continue doing that and fine-tune some offensive things.”

#14 Florida Atlantic, who cracked the AVCA rankings for the first time in program history this week, stretched their winning streak to 15 straight after victories over Division III school Huntingdon College and Division I school Morehead State.

Out west, Stanford started a weekend road-trip down the coastby winning a one-off dual against CSUN in Northridge 3-2. Stanford’s top pair, freshmen and indoor stars Kathryn Plummer and Jenna Gray, evened up their season record at 4-4 after beating CSUN’s top pair Haake Sato with an easy 21-7, 21-11 victory. They were the only Stanford pair with a sub-500 record coming into the day.

“This was a gritty first away match for us after having a lot of time off during finals week,” said first-year Stanford head coach Andrew Fuller. “Duals on the road are always a battle, and to clinch it at the No. 5 match emphasizes how important each pair is to the team’s overall success.”

On Sunday, Stanford continues down the coast to Irvine for games against TCU, Irvine Valley College, and Hawaii. The Cardinal then will get almost 2 weeks off before returning to competition on home sand.