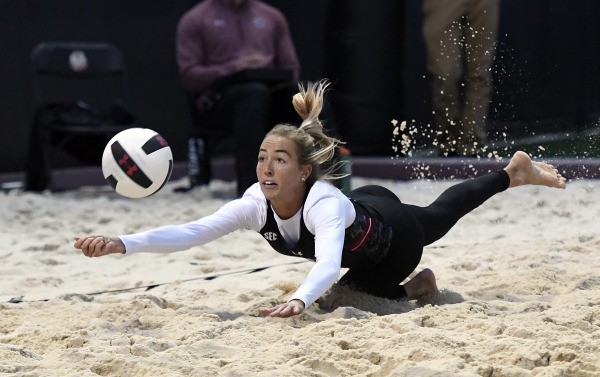 The beginning of the third week of volleyball started with just four matches on Monday and Tuesday featuring six beach... Current Photo via South Carolina Athletics

The beginning of the third week of volleyball started with just four matches on Monday and Tuesday featuring six beach squads – all defeating their opponents by scores of 4-1.

On Monday, St. Mary’s (Cal) was able to take out Pacific 4-1. All but the #1 and #2 positions finished in three sets, with their only loss coming from the #3 position.

Tuesday featured a double-dual match, with Eckerd taking down Stevenson 4-1 in each of the matchups and the only loss coming in the #5 spot. Katie Arnette and Keri McMahon, despite the losses, fought tooth and nail until the last points forcing third sets in each of their matches.

The final matchup of the two days was between #10 South Carolina and Coastal Carolina, with the Gamecocks coming out on top 4-1. South Carolina is now 8-0 on the 2017 season, taking down the Chanticleers in their opening match of the year. The lone loss for the Gamecocks came at the #1 spot, where Culbert/Denney were not able to push past CCU in a sweep.