122 Years Ago, The Sport Of Volleyball Was Created On February 9 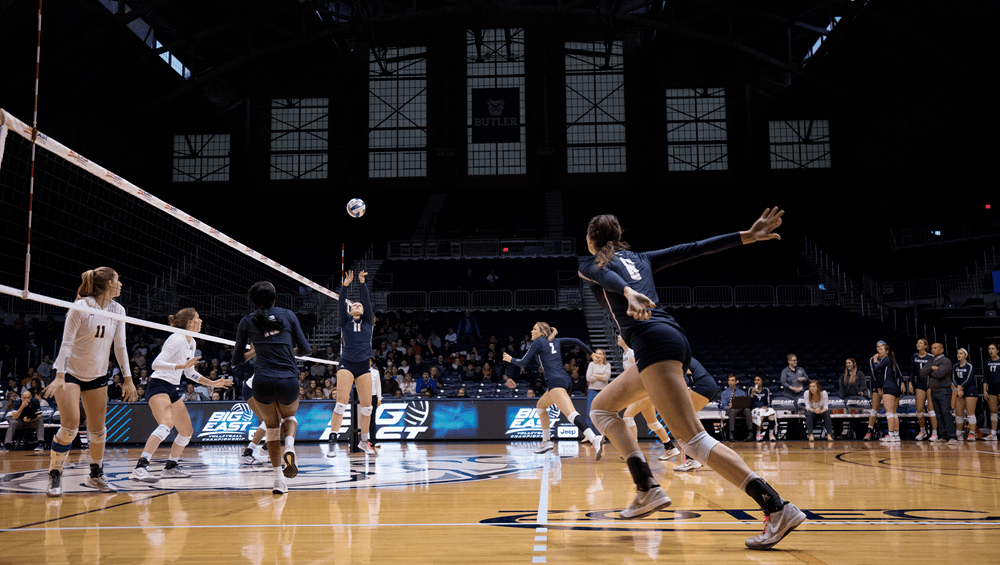 Back in February 9, 1895, a man by the name of William G. Morgan, who was the director of physical education at the YMCA in Holyoke, Massachusetts, created the beloved sport of volleyball - originally known as mintonette. Current Photo via Creighton Athletics

Back in February 9, 1895, a man by the name of William G. Morgan, who was the director of physical education at the YMCA in Holyoke, Massachusetts, created the beloved sport of volleyball – originally known as mintonette.

Morgan as the director of physical education, created exercise programs for the adult men that were members at the Y. He realized that some of the older participants were having troubles keeping up with basketball – which was created just a few years earlier by James Naismith – and because of this, Morgan decided to come up with an entirely new sport.

Years earlier, Morgan befriended Naismith, after being recruited to play football at the YMCA Training School, now known as Springfield College. After graduating from the school, Morgan accepted the position at the Holyoke YMCA, to begin devising the new sport.

“In search of an appropriate game, tennis occurred to me, but this required rackets, balls, and net and other equipment, so it was eliminated – but the idea of a net seemed a good one,” wrote Morgan. ” We raised it to a height of about 6 feet 6 inches from the ground, just above the head of an average man. We needed a ball; and among those we tried was a basketball bladder but this was too light and too slow. We therefore tried the basketball itself, which was too big and too heavy.”

With the dilemma at hand, Morgan asked A. G. Spalding & Bros to create a lighter ball, there the leather ball for mintonette was created in 1900.

Volleyball was created to be a combination of basketball, baseball, tennis and handball.

The start of mintonette differed from what volleyball is today, in that it didn’t limit the number of players on the court or the amount of times the ball could be hit before having to go over the net. As it developed, the rules hashed out later on, when it debuted at Springfield College. Here is when the name of the game changed to volleyball, as the objective was to volley the ball back and forth over the net. Until 1952 the name was volley ball, until it was then condensed to just one word.

Soon after creation, the sport took way and spread internationally. The U.S. troops in Europe began to play at camps during World War I, boosting the popularity of the sport.

“It seems like a dream to me when I think of the origins of Volleyball and its development,” wrote Morgan. “I hope its usefulness will continue.”

Just 22 years after the death of its creator, volleyball was introduced into the 1964 Tokyo Olympic Games. The first winners at the Olympics were the Soviet Union for the men and Japan for the women.