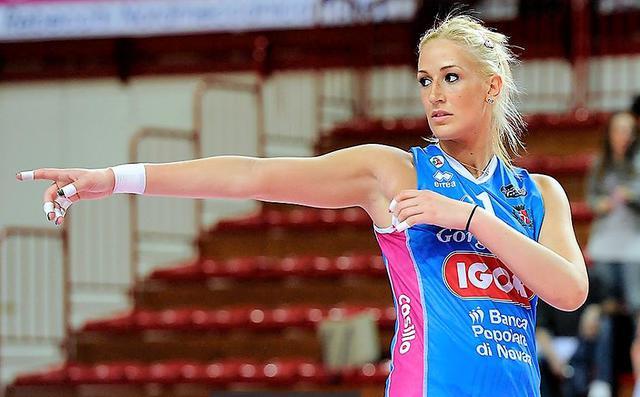 In the final rush of the season, Savino Del Bene Volley confirms the transfer of Luisa Casillo to their roster. Casillo... Current Photo via Fabio Cucchetti

In the final rush of the season, Savino Del Bene Volley confirms the transfer of Luisa Casillo to their roster. Casillo comes over from Golem Volley Palmi, a team that played in Serie A2, but has had prior experience in Serie A1 with Perugia and Novara.

Early in her career, Casillo played with the pre-national junior team, that won bronze medal in the World Championship category in 2005, earning the best player award. The next season she was hired by Centre Santulli Aversa militant in the B1 Series championship.

In 2008/2009, Casillo took part in her first professional championship with Volleyball Serie A1 Sirio Perugia. Later in 2010/2011 season she was hired by RDM Pomezia Volley an A2 Series team. Just two seasons later, Casillo rejoined the A1 Series with AGIL Volley Novara.

After a year of inactivity of play, due to a car accident, Casillo rejoined the court in 2015/2016 season to play with VolAlto Caserta, Series A2.

Casillo will wear the number one with Savino Del Dene Volley.