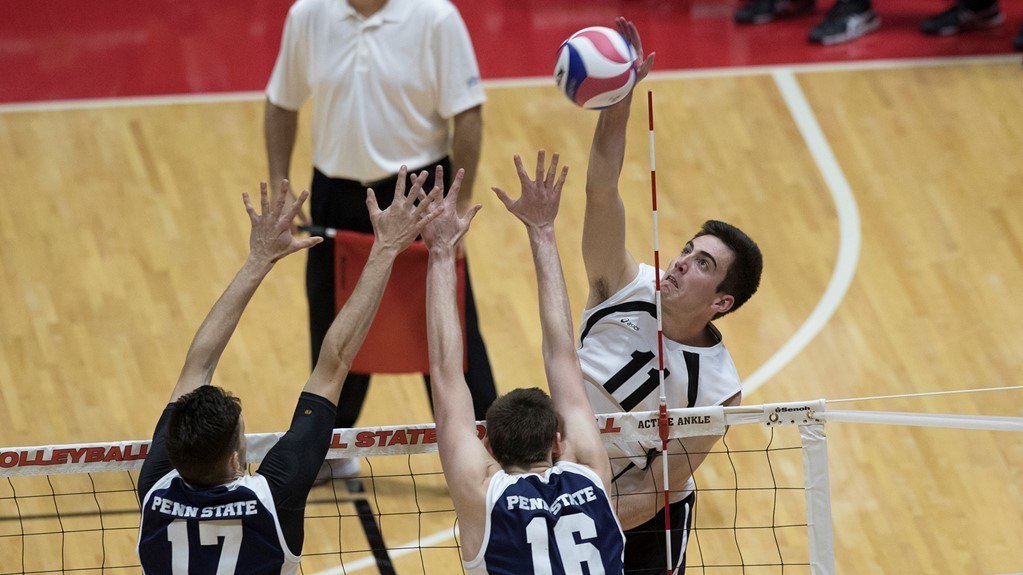 The 13th ranked men’s volleyball team moved to 5-1 on the season with a 3-2 victory over Harvard Friday night. This is the team’s third win in a row.

Four Cardinals knocked down double digit kills in the contest. Junior Mitch Weiler and freshman Matt Szews led the way in kills with 14. Senior Brendan Surane was right behind with 13 while junior Matt Walsh tallied 11. Defensively, sophomore Adam Wessel led the team with 13 digs and senior Connor Gross added 11. The Cardinals had a .311 attack percentage and 13 block assists.

Ball State took the opening set with a 25-20 victory. Surane had five of the 13 team kills in the opening set along with three of the team’s seven digs.
Harvard took set two with a close score of 25-23. In the Crimson set victory, Ball State had 14 kills and a .344 attack percentage. Surane led the way in the set with five kills while Weiler and Szews added three more.

In the back and forth match, the Cardinals came out and controlled set three. The teams were tied 4-4 before the Cardinals took control, winning the set 25-17. Szews had a set high four kills. Gross, Surane and Walsh tallied two kills while sophomore Parker Swartz and Weiler knocked down one. Weiler also led the team in set three with five digs.

The Crimson forced another set after winning the fourth, 25-20. The Cardinals had 17 team kills in set four, led by Walsh’s five.

Ball State secured its third win in a row with a 15-13 win in the final set. The Cardinals had nine kills, one being the match winner by Surane, and a .438 attack percentage.

The Cardinals will travel to take on Sacred Heart tomorrow night at 7 p.m.