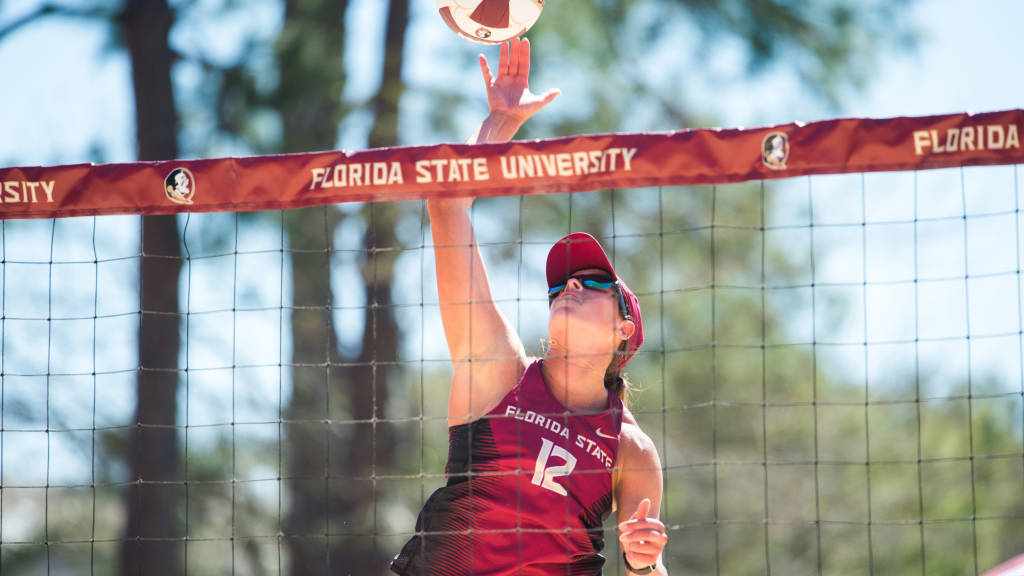 The second-ranked Florida State beach volleyball program will officially embark on its sixth season, and its second as an NCAA... Current Photo via Florida State Athletics

The second-ranked Florida State beach volleyball program will officially embark on its sixth season, and its second as an NCAA sport, this Saturday and Sunday in DeLand, Fla., at the Stetson Spring Break Invitational.

“There is a lot of excitement on this team,” senior Victoria Paranagua said. “We have worked so hard for such a long offseason so that is exciting enough. To start it off with such good teams can be really good for us.”

In DeLand, the Seminoles will play in two dual matches on Saturday against No. 10 LSU (9 a.m.) and No. 9 Stetson (3 p.m.). The Seminoles are a combined 11-0 all-time against the Tigers (4-0) and Hatters (11-0). Florida State will also be competing in the Stetson Pairs Tournament on Sunday.

“We are expecting two really strong teams,” Paranagua said. “They came close to beating us last year so they are going to be hungry for a win. It is important for us to worry about our personal partnerships this weekend than worrying too much about the other team.”

FSU enters the 2017 campaign with a Top 5 ranking as the American Volleyball Coaches Association (AVCA) has the Noles ranked No. 2 in their preseason poll. It marks the program’s third straight top-five preseason ranking from the AVCA.

Second-year head coach Brooke Niles looks to continue the success she had in her first year as head coach. The Noles finished 32-3 in 2016, culminating with a runner-up placement at the inaugural NCAA Beach Volleyball Championship in Gulf Shores, Ala. FSU is one of just two beach volleyball programs (Pepperdine) to have made appearances in the AVCA Championships from 2012-2016.

Florida State returns 11 letterwinners from last year’s squad including seven Noles who competed at the national championship event as well as adding six newcomers. Among FSU’s returning starters are senior Sierra Sanchez (preseason All-CCSA) and juniors Victoria Paranagua and Vanessa Freire, who were both named preseason CCSA Co-Players of the Year as well as preseason All-CCSA. Redshirt juniors Hailey Luke (17 wins) and Katie Horton (eight wins) along with sophomores Nikki Esposito (19 wins), Macy Jerger (13 wins) and Brooke Kuhlman (seven wins) all return as well after helping lead the Seminoles to the first ever NCAA Championship match.

The start of the 2017 season marks the Seminoles’ sixth consecutive season they have opened the season on the road. Florida State owns an all-time record of 77-18 in matches played away from Tallahassee, including a 28-3 record a season ago.

For more information on Florida State Beach Volleyball, check out: