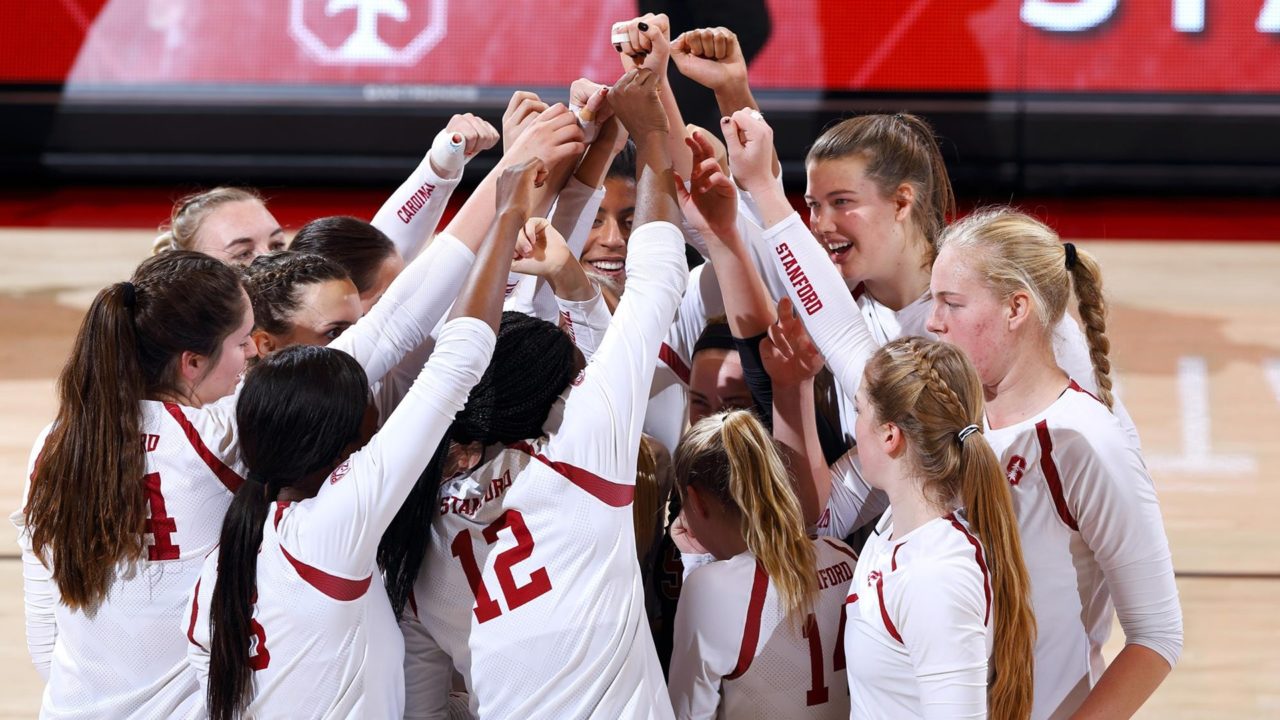 #2 Stanford swept (RV) Oregon State with a strong attack and serve as they continue to roll in the Pac-12. Archive Photo via Stanford Athletics

Stanford, California – An (RV) Oregon State team that had won five of six ran into a buzzsaw as #2 Stanford swept the Beavers and out-scored them 75-48 in three sets of action. The win isn’t surprising, although the point differential is as Oregon State was one of the hotter teams in the Pac-12.

Still, while some teams go on runs or fade in the conference, Stanford has truly been the hottest team throughout as they have yet to lose in conference. With the combination of that and so many strong teams beating up on each other in the Pac-12, the Cardinal are just a few weeks from clinching a conference championship.

The biggest advantage Stanford held in the match would either be the offense or serving, as both were prevalent in the sweep. For one, Stanford hit .424 as a team behind the foursome of Audriana Fitzmorris (11 kills, .667, six blocks), Merete Lutz (11 kills, .409, three blocks), Michaela Keefe (10 kills, .348) and Tami Alade (eight kills, .667). Give plenty of credit to setter Jenna Gray (45 assists, two aces) too as Oregon State clamped down Kathryn Plummer to a .111 mark but she wasn’t fazed and kept the offense rolling – an attribution to their balance.

The other big mark was in the serve game, as Stanford had seven aces to zero for Oregon State. Beyond creating a seven-point swing and helping the defense, the serve can also be a piece of the strong offense because it provides more free balls and in-system possessions. Stanford also had more digs (48-33) and blocks (8-3).

Oregon State had some big numbers of their own offensively in Mary-Kate Marshall (12 kills, .273), Haylie Bennett (nine kills, .500) and Kory Cheshire (four kills, .444). However, Stanford made a concerted effort at shutting down Maddie Goings, figuring Marshall would have good numbers but they couldn’t let the second option get going. They did just that in holding her to a -0.059 mark that was part of dropping the Beavers team mark to .179.

The Cardinal move on with another talented team, as #15 Oregon comes to town for a Sunday tilt. For Oregon State, this was their first of four straight on the road with a trip to Cal on the ledger on Sunday.

Stanford (20-2, 13-0) has now won 15 consecutive matches and reached the 20-win mark for the 17th straight season and 37th time overall in program history. The Cardinal carries a four-match lead over the rest of the conference in the Pac-12 standings. Stanford also improved to 66-0 all-time against Oregon State.

Fitzmorris finished with 11 kills on 15 swings with just one error to hit .667. The sophomore middle blocker also tallied a match-high six blocks to go with an ace. Redshirt senior opposite Merete Lutz had 11 kills on .409 hitting and three blocks. 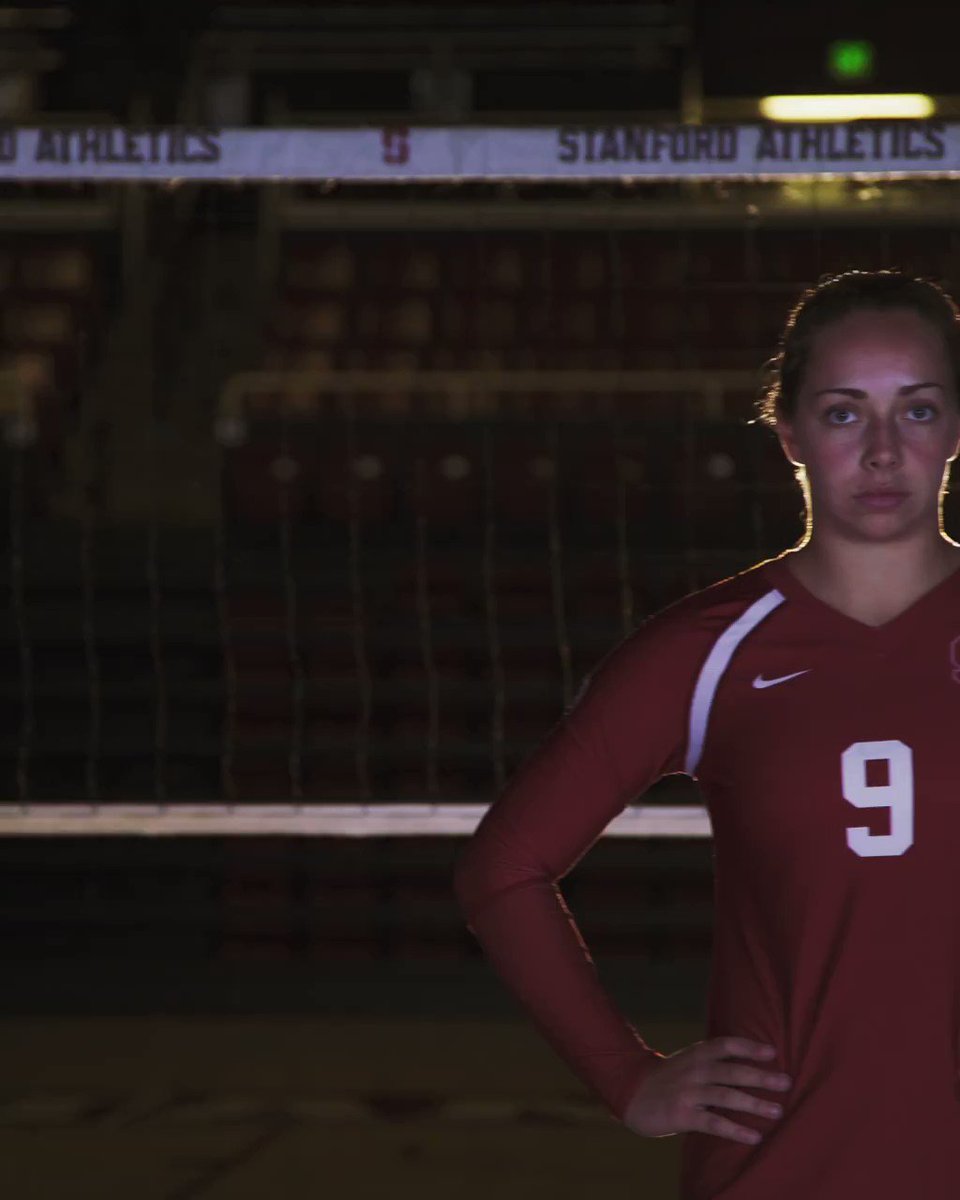 .@HentzMorgan matched her season-high with 21 digs tonight in the sweep over Oregon State #GoStanford

Sophomore Michaela Keefe came off the bench to notch 10 kills on .348 hitting, while junior middle blocker Tami Aladepitched in with eight kills on a .667 clip and two blocks. Sophomore Kathryn Plummer had seven kills and six digs.

Stanford closes out the week against No. 16 Oregon on Sunday at 1 p.m. on Pac-12 Networks. The Cardinal will welcome back Hall of Fame head coach John Dunning with a special on-court recognition at the intermission.

STANFORD, Calif. – Mary-Kate Marshall knocked down a match-high 12 kills, but it wasn’t enough for Oregon State, as the Beavers fell to No. 2 Stanford in three sets.

“We played well at the beginning of the first and third sets,” head coach Mark Barnard said. “Stanford is big and they’re good. They are the defending national champions and it showed tonight. Basically we played as well as they allowed us.”

Despite trailing two sets to none at intermission, Oregon State continued to fight in the third keeping things close to the midway point. Back-to-back-to-back kills from Marshall, then Haylie Bennett and Marshall again tied the set at 13-13. But Stanford used a five point run to pull away from the Beavers and eventually take the match.

“Haylie Bennett and Kory (Cheshire) were our two standouts today. They both had stretches where they really helped us and we need those two playing well for us to be at our best.”

Game Notes: Mary-Kate Marshall led the Beavers with a match-high 12 kills … it is the 23rd match out of 25 that Marshall has led the team in kills.

Next Up: The Beavers are back in action Sunday afternoon at California beginning at 1 p.m.

Fans are encouraged to join the OSU Volleyball program’s new donor club, Off the Bench. Click here to join or contact Skylar Erhardt for more information.