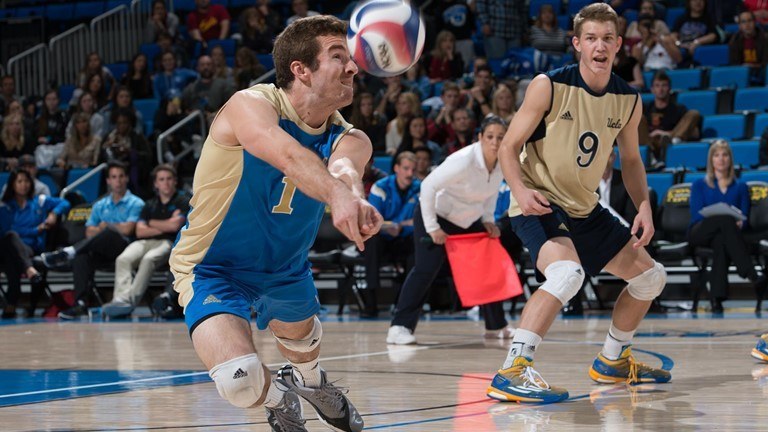 The #2 ranked UCLA men's volleyball team was able to sweep #7 UC-Irvine in their first MPSF conference match up. Current Photo via UCLA Athletics

The #2 ranked UCLA men’s volleyball team was able to sweep #7 UC-Irvine in their first MPSF conference match up.

In set three, UCLA coasted to an 8-3 lead after a kill by Hagen Smith. UC Irvine fought back to level the score at 12-all and then 17-all. After the visitor’s grabbed the lead at 20-21, Gyimah’s kill and ace along with another kill by Smith pushed the Bruins out in front by 23-21. UCLA closed out the set at 25-22.

Gyimah hit .737 for the match and tallied a pair of aces and a couple of blocks. Ma’a registered his first three aces of the season and added eight kills (.800) to go with seven digs. Smith totaled 20 set assists and a couple of blocks. Jackson Bantle had seven digs. UCLA won the blocking battle 6.0 to 2.0 and out aced the ‘Eaters 7-2 for the match.