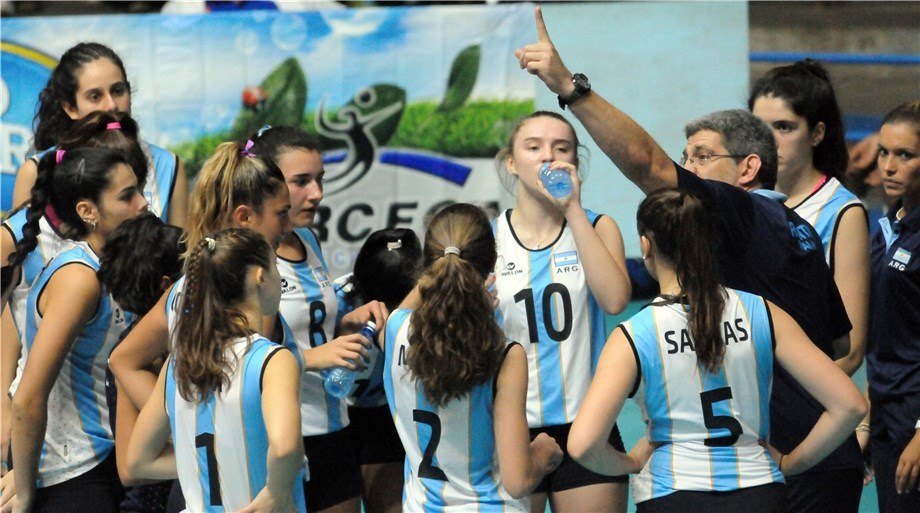 The 15th edition of the FIVB Volleyball Girl’ U18 World Championship in Argentina from August 18-27 has announced the 20... Current Photo via FIVB

The 15th edition of the FIVB Volleyball Girl’ U18 World Championship in Argentina from August 18-27 has announced the 20 field for the competition. With Argentina being the host, they earned an automatic bid into the tournament, with 19 teams left to be determined.

The pools are as follows:

Only two teams (Turkey and Poland) qualified for the event based on their world ranking, with the rest of the field having to qualify at an event to be selected.

In the AVC, the 2017 Asian Girls’ U18 Championships determined the four qualifiers for the event, with the top-four finishers qualifying – Japan, China, Korea, Thailand (in order of finish). The CEV took the top-six finishers at the 2017 European Girls’ U18 Championships – Russia, Italy, Belarus, Serbia, Slovenia, and Germany (in order of finish).

Brazil and Peru qualified through the 2017 South American Girls’ U18 Championships, with the top-two teams being accepted. Colombia rounded out the CSV with a Girls’ U18 Pan American Cup title.

The Dominican Republic defeated the United States at the 2016 NORCECA Girls’ U18 Championships to earn their bid, along with the USA taking the bid, despite the second place finish. Rounding out the NORCECA field is Cuba and Mexico who qualified through the Girls’ U18 Pan American Cup.

Pools A and B will compete in Santa Fe while Pools C and D will play their matches in Rosario, Argentina.