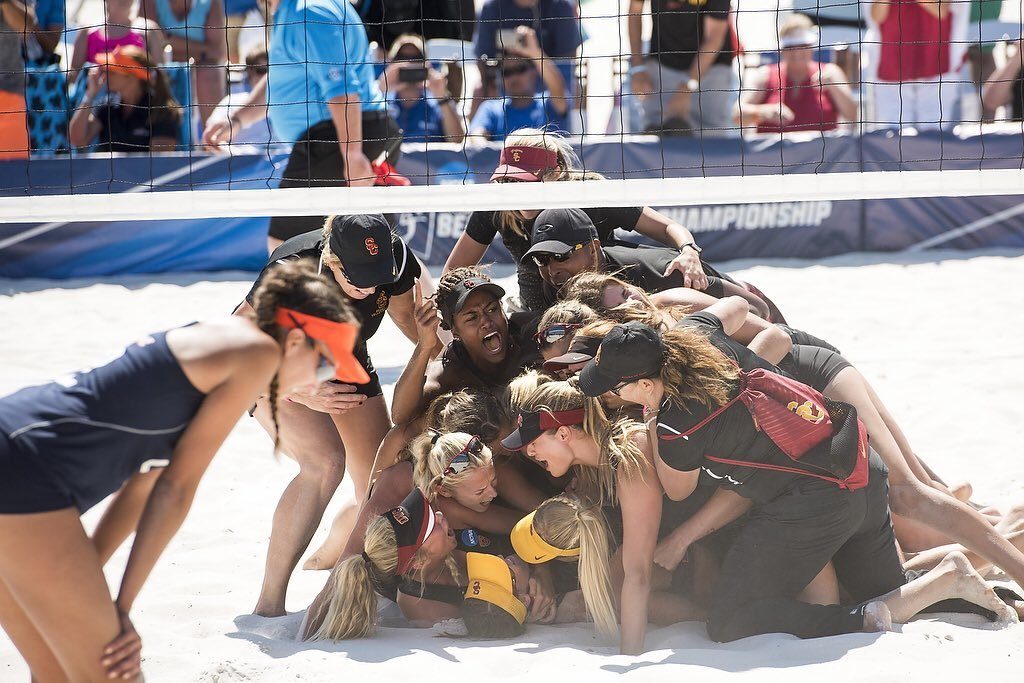 Just like the men's NCAA championship ratings on Saturday, the women's NCAA beach volleyball championships dropped in 2017 as compared to 2016. Archive Photo via NCAA

The 2017 women’s NCAA beach volleyball championship match between USC and Pepperdine on Sunday drew a 260,000 viewers, the now-released Nielsen ratings estimate. While that out-performs the men’s ratings, released on Tuesday, just like the men’s tournament, the beach championship saw a significant dip in audience in 2017.

The .08 number in the P18-49 rating means that .08% of viewers in the key 18-49 age demographic tuned in for the championship game either live or on their DVRs before 3AM the next day.

Last year’s championship, aired in the same time slot and also on TBS, drew a P18-49 rating of .13 and an estimated 357,000 viewers. That ranked it as the 69th most popular original cable telecast on that day in 2016 (excluding syndication and reruns) as compared to just 143rd-best in 2017.

Both matches used a split-game format to draw what could have been a 60 minute match into a 2 hour and 13 minute telecast. The 4 and 5 lines played simultaneously, and then 1, 2, and 3 played to decide the champion.

Even with the relative drama of the event, taking all 5 lines until USC finally clinched victory at #3, ratings dropped as compared to last year’s 3-0 sweep over Florida St.

On a bright note, the championship match was the only TBS original telecast to crack the top 150 shows on Sunday – but that’s cased by the fact that TBS very rarely runs original programming on Sundays. Most of their weekend lineup is filled with syndicated or rerun sitcoms and movies, which don’t appear in these rankings.