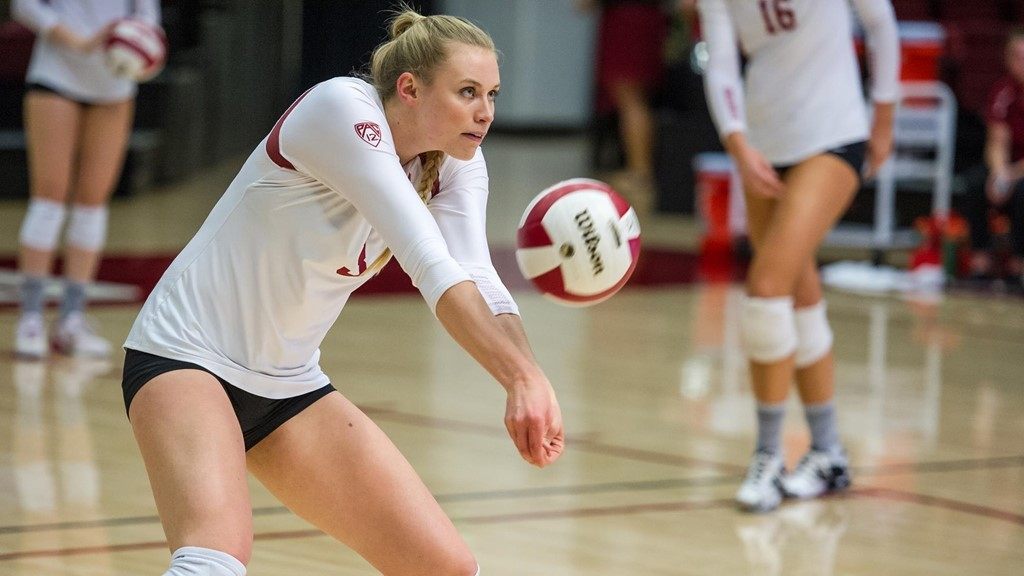 Stanford sophomore Hayley Hodson has medically retired from collegiate volleyball. While she is entitled to continue receiving her scholarship until graduation,... Archive Photo via Stanford Athletics

Stanford sophomore Hayley Hodson has medically retired from collegiate volleyball. While she is entitled to continue receiving her scholarship until graduation, she will not be able to play NCAA volleyball again even if she heals.

Hodson intends to stay at Stanford and pursue her undergraduate degree.

“Hayley is part of our Stanford Athletics family, and we wish her all the best in the continuing pursuit of her Stanford degree,” said Jaquish & Kenniger Director of Athletics Bernard Muir.

Hodson was the 2015 ACCA National Freshman of the Year and was an Honorable Mention AVCA All-American in 2015. In early October, after 6 matches with the team, the school announced that she would miss the remainder of her sophomore season with post-concussion syndrome. She was forced to withdraw while dealing with the symptoms, which she described as below in a blog on her personal website:

I was diagnosed with Post-Concussion Syndrome, a diagnosis used to describe post-concussion complications that linger weeks and months after the standard recovery period. Symptoms include migraines, dizziness, insomnia, impaired concentration, anxiety, and depression, all of which I had.

Hodson said that she suffered at least two concussions in high school while training with the USA Volleyball National Team program, and another during her sophomore season at Stanford when she took a ball to the head during a drill in practice.

She says that when she returned to school in March of 2017, she met with neuropsychologists, psychiatrists, and neurologists, and that she was told that there was “no way” she should be on a court, and that she should medically retire.

Hodson described Stanford’s concussion protocol as “aggressive” in the post, and she says that she felt rushed back to the court before she was healthy.

Hodson was relegated to a spectator as Stanford won the 2016 NCAA Division I title in December. Even without the star sophomore Hodson, the Cardinal still became the youngest team to ever win the NCAA title in women’s volleyball.