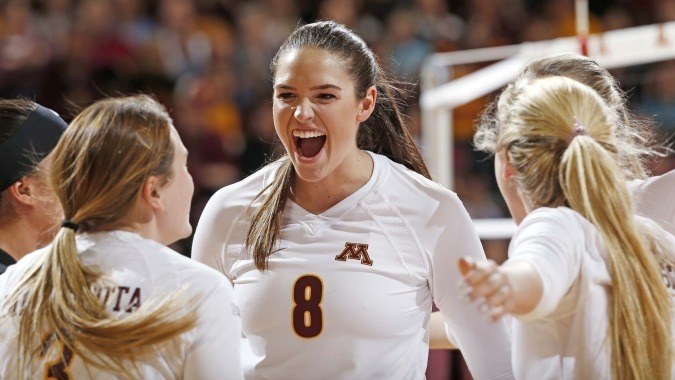 All 14 Big Ten volleyball teams begin conference play this week with 11 matches being carried on either BTN or BTN Plus. Current Photo via Minnesota Athletics

Courtesy of The Big 10

• All 14 Big Ten volleyball teams begin conference play this week with 11 matches being carried on either BTN or BTN Plus.

• For the fourth straight week, Nebraska was the unanimous top-ranked team in the latest AVCA coaches poll. Seven other Big Ten programs are ranked in the poll: No. 2 Minnesota, No. 3 Wisconsin, No. 10 Purdue, No. 17 Ohio State, No. 18 Penn State, No. 20 Michigan State and No. 22 Michigan. Illinois is receiving votes in the poll.

• Through non-conference play, the Big Ten has amassed an 122-36 combined record for a winning percentage of .772.

• After an impressive weekend that saw Wisconsin freshman Molly Haggerty named Big Ten Player and Freshman of the Week, Haggerty earned AVCA National Player of the Week honors after leading the Badgers to wins over nationally-ranked Texas and Texas A&M.

• Minnesota currently ranks second nationally with 3.42 blocks per set. Wisconsin is fourth with 3.28 blocks per set, while Maryland checks in at ninth with 3.06. 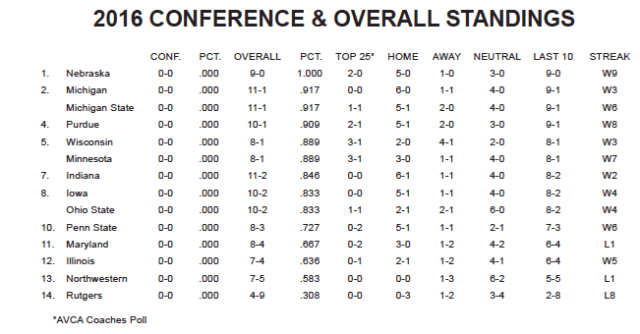 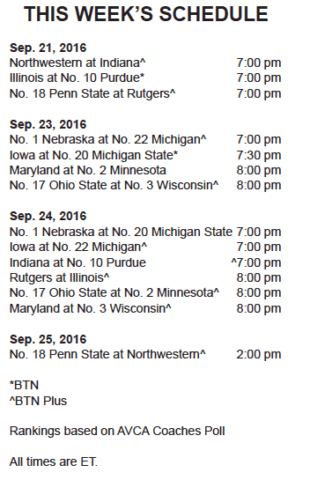 Courtesy of The Big 10