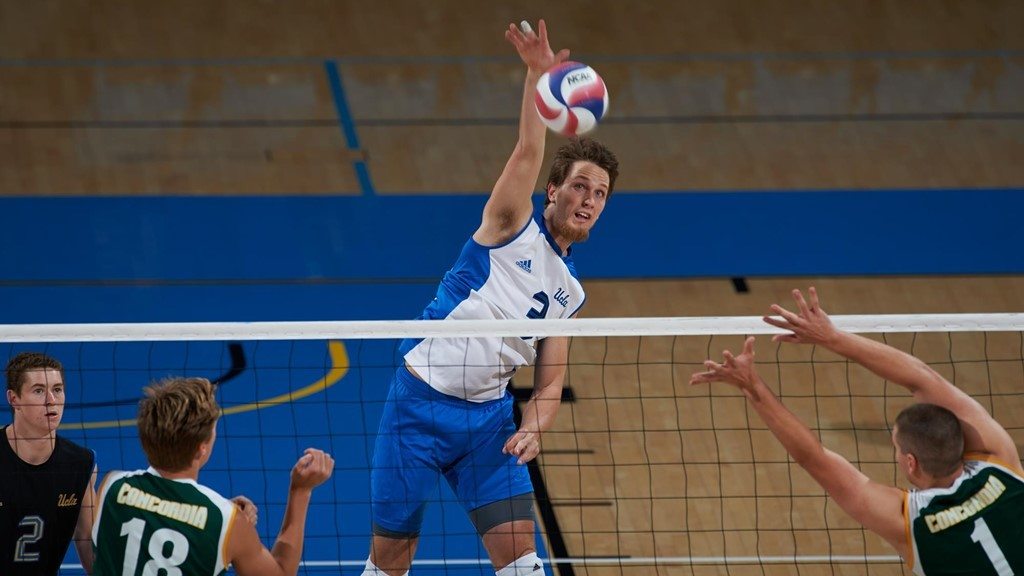 This weekend marks the beginning of the NCAA men’s volleyball season with two days of play at the 2017 Showcase... Current Photo via UCLA Athletics

This weekend marks the beginning of the NCAA men’s volleyball season with two days of play at the 2017 Showcase Tournament.

The teams highlighted at the tournament, that will take place in Columbus, Ohio, are #13 Penn State, #2 UCLA, USC and #1 Ohio State. Each team will face one opponent each day of the tournament, starting with Penn State vs UCLA on Friday, January 6 at 5 PM ET, ending with a #1, #2 showdown on January 7 at 7 PM ET.

The Buckeyes started off their season with an exhibition match against the #2 Canadian squad, McMaster in three. To lead the Ohio State team was Nicolas Szerszen with 10 kills and four digs, while Reese Devilbiss added eight kills.

Last season, Szerszen earns a slew of awards including AVCA National Player of the Year, the first in the programs history. He posted a team-best 516 kills on a .348 hitting percentage. Freshman Devilbiss is looking to make a mark with the team, after posting the eight kills to McMaster. Setter Christy Blough ranked second nationally with 11.21 assists per set in the 2016 season, and started off with 36 assists against McMaster.

The Bruins did not loose any of their starters from last season and bring in two freshman to help the team. Returning is junior outside hitter Jake Armitz who earned AVCA All-America Second Team honors last season. Armitz posed 358 kills in the 2016 season. Micah Ma’a returns as well, only a sophomore, who earned AVCA All-America First Team accolades in the 2016 season. Ma’a recorded 256 kills adding 725 assists, 192 digs and 58 aces.

Before heading to the 2017 Showcase Tournament, the team begins their season on January 3 at #11 Loyola-Chicago at 7 PM CST.

The 2017 Showcase Tournament will be the Lion’s first matches of the season.

The Trojans bring back four starters from the 2016 season, including Lucas Yoder, who was the 2014 Freshman of the Year, continuing that success throughout his career. Yoder posted 273 kills in the 2016 season.

The squad will begin their season at Concordia (California) on January 3 at 7 PM PT.