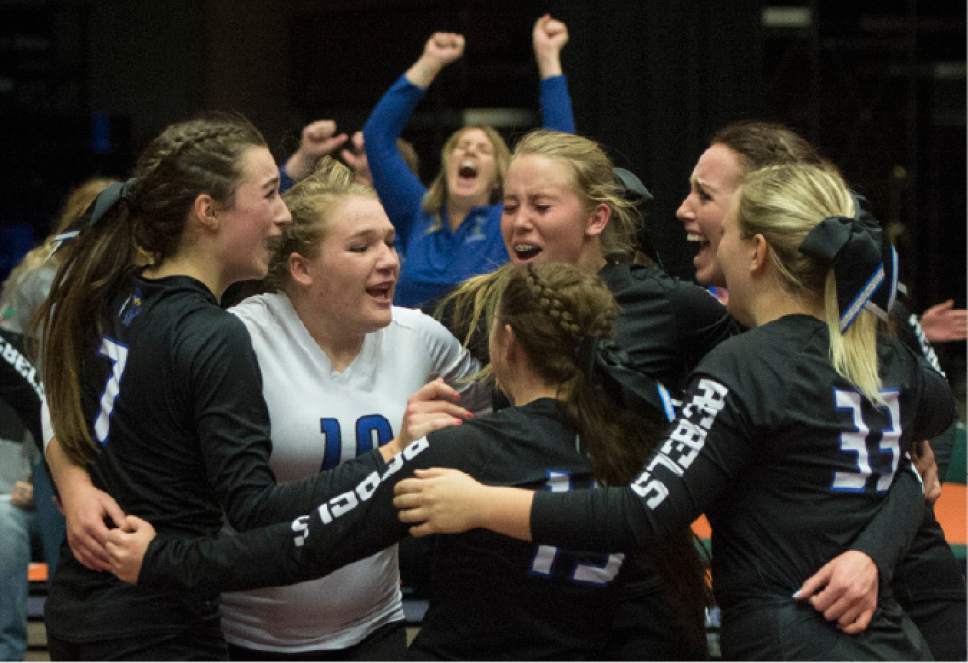 In 2A North Summit won their first ever state title, while 1A’s Rich has won 17 total. Morgan and Bountiful won their second consecutive state titles, and Lone Peak fought through a tough five set match.

Rich’s last state title was back in 2008, coach Cindy Stuart has led the team to 15 of their 17 state titles. Julia Hopkin led the team with 23 kills, while Ashley Groll added 15.

This is the fourth time this season that these team have played each other, where North Summit swept South Summit each time.

With the win, it marks Morgan’s 15th championship and 13th under coach Liz Wiscombe. Anna Cox put down 14 kills, as the only returning regular rotation player from last years championship squad.

Corner Canyon made it a long way from two years ago, when the squad only posted two wins on the season.