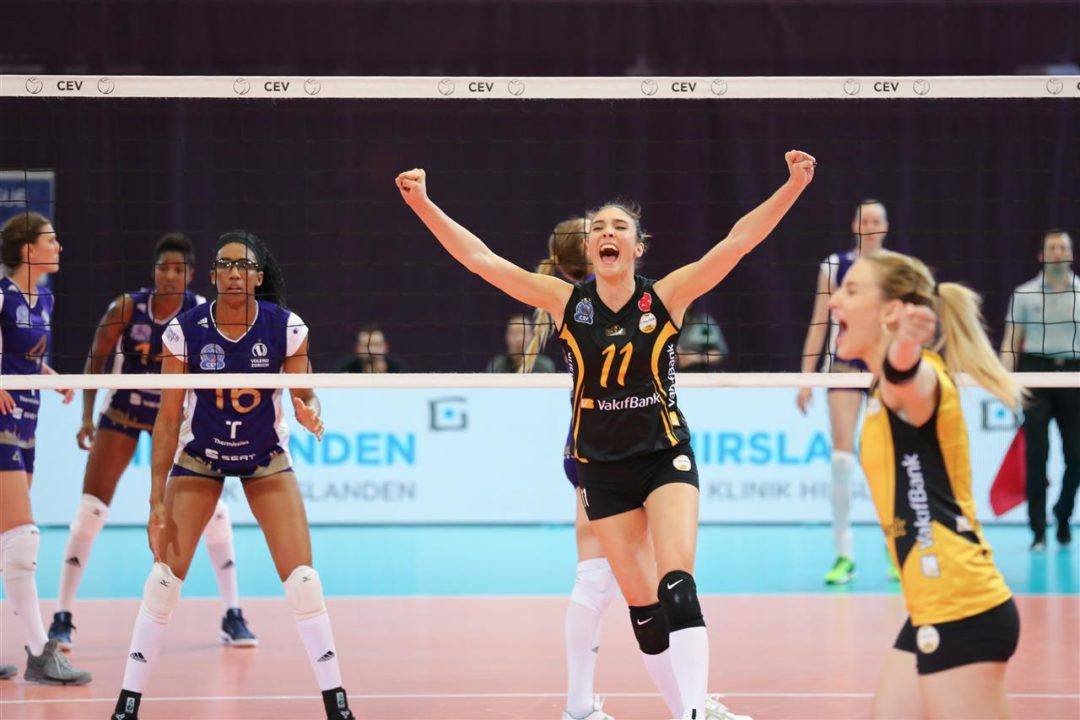 The final four of the 2017 CEV Volleyball Champions League are set with the competition set to be held in... Current Photo via CEV

The final four of the 2017 CEV Volleyball Champions League are set with the competition set to be held in Treviso, Italy.

The semifinal series will be a tournament style format, with the winners of the semifinals heading to the finals and the losers playing for bronze. The previous rounds of the Champions League were played as a best-of-three scenarios.

This year’s host, Imoco is making their first appearance in the Final Four of the competition – with it being only their second participation in the tournament itself. In 2014 Imoco lost to Omichka OMSK Region in the Playoffs 12. The past two Italian hosts to the Champions League has taken home the top spot in Volley Bergamo and Pomi Casalmaggioire in 2009 and 2016, respectively.

Dinamo made it to the Finals of this year’s competition by sweeping six matches in a row, including their consecutive 3-0 wins over Modena in the Playoffs 6. Dinamo has some solid players in their lineup in Nataliya Goncharova and Maja Poljak – who have each earned great successes in their volleyball careers.

Eczacibasi is the two-time reigning club world champions and CEV Volleyball Champions League victors from 2015. The Istanbul squad has a number of top athletes from around the world on their team including, USA’s Rachel Adams and Jordan Larson who finished third at the Rio Olympics and Tijana Boskovic who earned a silver medal at the Rio Games.

VakifBank is a two-time Champions League winner (2011 and 2013). VakifBank, like Dinamo, have won six straight matches to make it to the Final Four. The squad will have back-up from China’s volleyball prodigy Zhu Ting, a gold medalist and the MVP of the Rio Olympics and Kimberly Hill who helped the US to a bronze medal at the Rio Games.