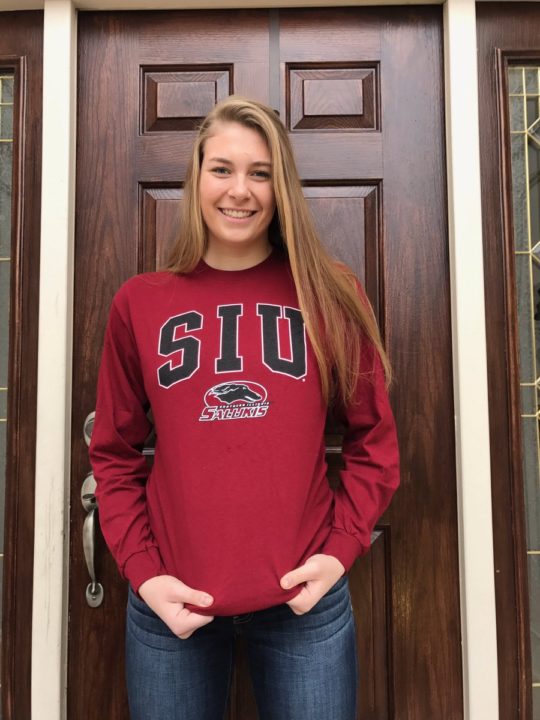 Class of 2018 middle blocker Libby Valek has committed to Southern Illinois University to be part of the Salukis Women’s Volleyball team. A current senior in high school, the six-foot-tall Valek will be a freshman for next year’s season in the fall.

So excited to announce that I will be continuing my academic and volleyball career at Southern Illinois University! #gosalukis ❤️? pic.twitter.com/bLaVueOUDs

Valek attends Waubonsie Valley High School in Aurora, Illinois. As part of the squad, Valek helped lead the team to a spot in the IHSA Sectional before eventually falling.

On the club side, Valek plays with Sports Performance 18 Mizuno. Her squad is in the 18 Classic Division of AAU and finished fifth after going 10-1. Her team won 21 of 25 sets it played in with Valek a key piece to the equation.

Southern Illinois is coming off of a 6-23 season but are close to a 21-win season in 2016. Their roster this past season featured four middle blockers, although one graduates while another will be in her final season in 2018.

Video of Valek’s play and a scouting report of her play can be seen below via her YouTube page: