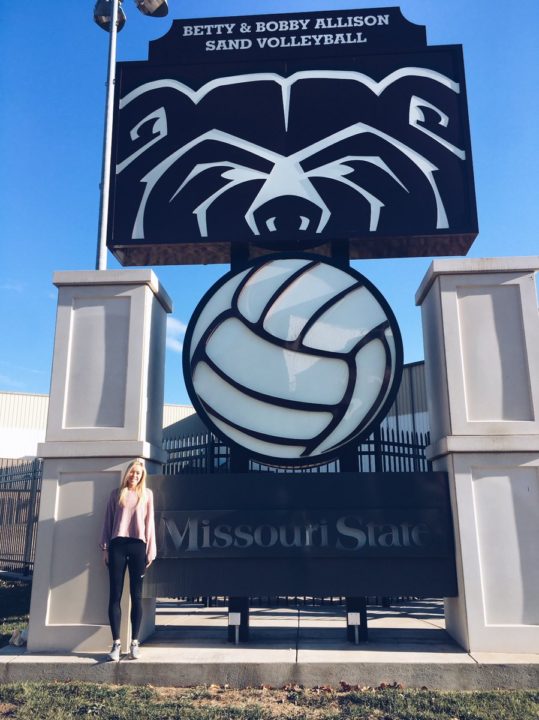 Class of 2018 recruit Abby Jackson has committed to Missouri State, landing her with the program to start up in the 2019 season. Jackson is currently in her final year of her prep career as she plays both indoor and in the sand, but will be making the move to just the beach with the Bears.

A 5’10” outside hitter on the indoor circuit, Jackson attends Flower Mound High School in Texas. As a senior, she helped the team finish 22-18 on the year and 10-4 in league play according to SportsDay HS.

On the beach/club side, Jackson plays with 692 Beach Texas. The program has produced countless other collegiate commitments, with the alumni from the group seen here.

With 692 Beach Texas, Jackson finished fifth at the 2017 USA Volleyball Junior Beach Tour Lewisville event for girls at the Level 4A Local 18U Sand ranking.

Below, via her YouTube channel, is a video of Jackson’s play in the sand from July.

Missouri State is in its inaugural season as a beach volleyball program, as Jackson joins one of the first groups of recruits that the school will welcome.