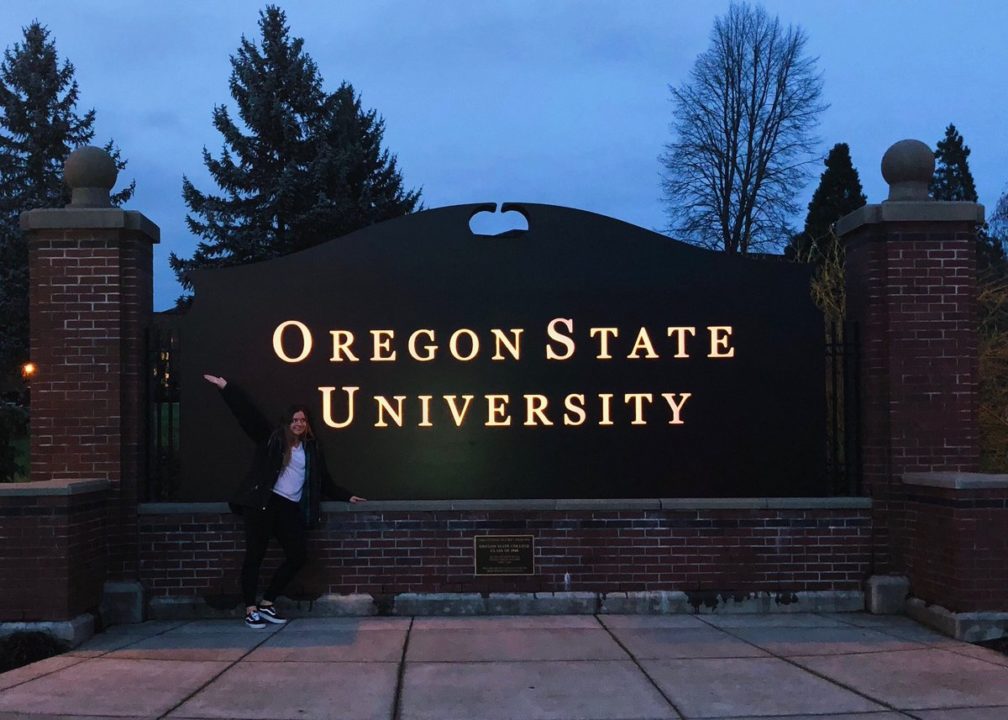 2018 setter Maddie Sheehan will be looking to fill the role of another former Lone Star state product as she will head to Oregon State. Archive Photo via Austin Performance Volleyball (@apvball)

Prep setter Maddie Sheehan has committed to Oregon State as part of the class of 2018. A current senior in high school, Sheehan will join the Pac-12 and the Beavers for the 2018 season in the fall.

A 5’9″ native of Texas, Sheehan attends Rouse High School. As a key piece on a team that went 50-4 and finished as the state runner-up, Sheehan posted 10.2 assists per set, 2.2 digs per set, 1.2 kills per set and 0.7 blocks per set according to her MaxPreps profile.

Per the same profile, it was her third year on the varsity team. It also appeared that she was more of an outside hitter/opposite as a junior but made the switch in her final year. In addition to her play at Rouse, Sheehan uses that versatility on the club circuit with Austin Performance Volleyball and AP 18 Asics.

The Beavers are coming off a strong season in which they won 21 matches and made the NCAA Tournament. Sheehan becomes the second setter on the team’s 2018 roster, joining another newcomer in junior college transfer Montanna Gubrud. The two should compete for the starting role and/or both play if Oregon State operates with a 6-2.

The main reason the pair will have an opportunity for early playing time is that the Beavers lost a setter from the same state they went to get Sheehan. 2017 Pac-12 Freshman of the Year Kylee McLaughlin is transferring to Oklahoma, which opened things up as Sheehan will try to repeat the first-year success.

Congratulations to 2018 Setter Maddie Sheehan for committing to further her education and volleyball career at Oregon State University! We are so proud of you! @beavervball #apvball #APFam pic.twitter.com/7msEmJVgXN