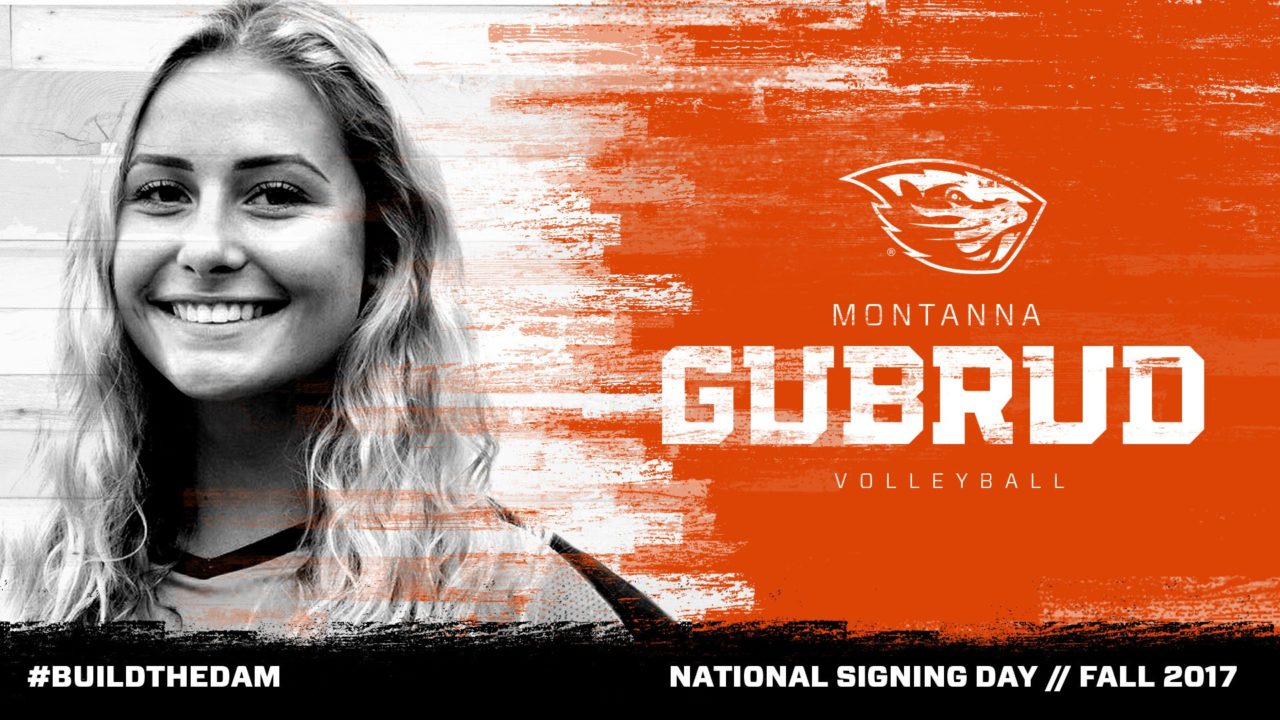 Two-time AVCA Two-Year College All-American setter Montana Gubrud will join Oregon State as a transfer for the 2018 season. Gubrud will be a junior at Oregon State in 2018 after spending two seasons at Linn-Benton Community College.

At her previous stop, Gubrud became the all-time career assists leader for the school. She was a two-time Northwest Athletic Conference First Team all-star in addition to earning national recognition from the AVCA.

“Montanna is a strong competitor with good on-court leadership ability,” Oregon State head coach Mark Barnard said in the team’s release of the addition. “She distributes a nice array of set types and puts hitters in a good position to score. She’s a little more experienced and older and will be a great addition to the team.”

Before her time at Linn-Benton Community College, Gubrud was a resident of McMinnville High School in Oregon. She was named the school’s Female Athlete of the Year as a senior when she played volleyball, basketball and track & field. Volleyball would be her path though after she was a three-time all-conference pick.

Oregon State is coming off a season in which they had a nine-match turnaround, going 21-12 and making an appearance in the NCAA Tournament. Gubrud will look to join on and add to the team in hopes of an even better 2018.