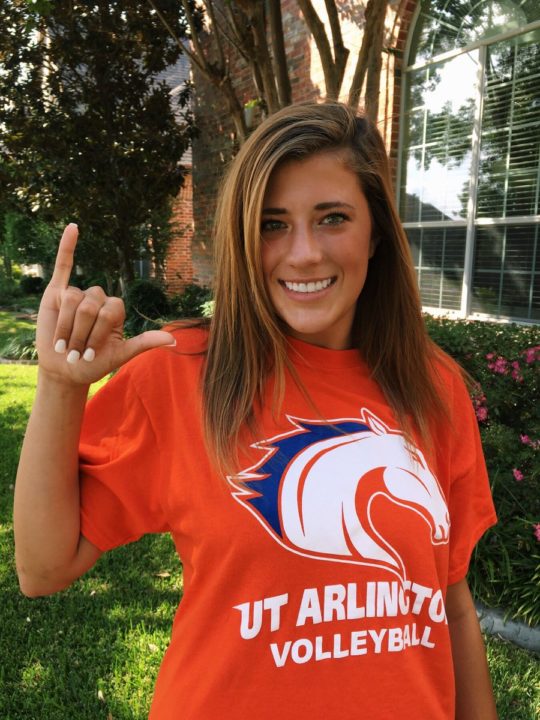 Danielle Dion, a class of 2019 recruit, has committed to UT Arlington for once her prep days conclude. A junior at Plano East High School in Texas, Dion last played with Dallas Premier 16 Black on the club side.

Very excited and blessed to announce my verbal commitment to play D1 volleyball and further my education at UTA !!! #gomavs pic.twitter.com/O3LM1MI0Al

A 6’1″ left-handed hitting right side, Dion is currently on the varsity squad of Plano East High School. The Panthers are off to an 11-10 start this season after they went 22-11 last year in Dion’s first year of varsity volleyball.

Beyond her high school experience, Dion played with Victory 13 Elite Green in 2014, Evolution Volleyball Club 15 Black in 2016 and Dallas Premier 16 Black this year on the club side. She helped her team earn a third place finish at the USAV Nationals American Division as part of her club ventures this year.

UT Arlington is coming off a 17-16 season in 2016 and are currently 6-7 in 2017. Their 2017 roster doesn’t feature any right sides/opposites while they do have over a handful of outside hitters.