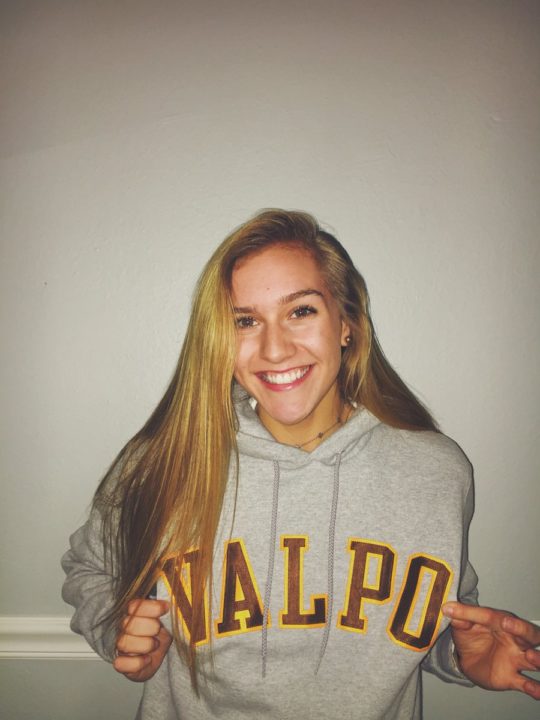 Class of 2019 outside hitter Isabella Ravotto has committed to Valparaiso. A current junior in high school, Ravotto will join Valparaiso for the 2019 fall season.

A native of Mishawaka, Indiana, Ravotto currently attends Marian High School. Ravotto helped the Knights to a 27-7 mark in 2017 where the team made it to the IHSAA Class 3A State Semifinals.

Standing at 5’9″, Ravotto notched 4.6 kills per set, 3.8 digs per set, 0.3 blocks per set and 0.3 aces per set as a junior according to her MaxPreps profile. Those stats on a team that made a deep run in the playoffs earned her a spot on the Class 3A All-State First Team.

Valparaiso finished 2017 at 17-16 overall and 8-10 in their inaugural season in the Missouri Valley Conference. The Crusaders owned five players who can position themselves at outside hitter last year, but two are juniors – meaning they are on pace to graduate before Ravotto arrives. It’s also possible she could move to a DS/L role with her strong defense.

so excited to continue my volleyball career at Valparaiso University. thanks to everyone who helped along the way!! Go Crusaders ?? pic.twitter.com/TEJyOnjUTO