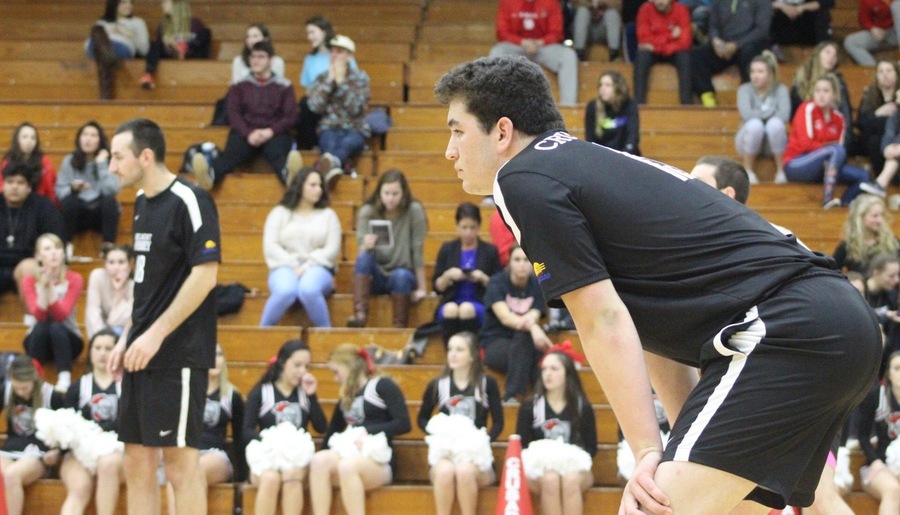 Receiving votes for the first time in program history on the VolleyMob Power Rankings, King easily won the battle of Tennessee with a quick drubbing of Lincoln Memorial. Belmont Abbey picked up their first Conference Carolinas victory with a four-set win over Lees-McRae College.

Details are listed below.

Key Stats: King picked up an easy non-conference victory over host Lincoln Memorial Tuesday night with a quick sweep, 3-0 (25-23, 25-16, 25-19). It was the fourth straight win for the Tornado, and third straight while hitting over .300 on the night. Additionally, of their five wins, King has hit over .300 in four of them.

Stat Leaders: King’s offense was led by two individuals. Jeff Sprayberry led all attackers with 14 kills on .458 hitting. He also had match-highs of 8 digs and 2 aces for the Tornado. Kiel Bell also added firepower to the Tornado attack with 13 kills of his own. Bell finished with 4 blocks.

It Was Over When: At 15-15 of the 3rd set, it was a side-out battle. Once LMU produced an unforced hitting error, King finished with a 10-4 run, including 6 kills and an ace from the visitors. The other three points were two service errors and an uncontested hitting error from LMU.

Key Stats: Although evenly matched throughout, the fourth set proved to be the back-breaker for LMC. Belmont Abbey had 12 kills on .550 hitting, committing only one attack error, while Lees-McRae finished with only 7 kills, hitting .188 on the night.

Stat Leaders: Belmont Abbey was led offensively by Liam Maxwell who finished with 15 kills, hitting .371 on the night. Maxwell also pounded a career-high 6 aces in the victory. The Abbey’s balanced attack also saw 9 kills each from Pierce Pliapol and Gavin Schaffer.

For the Bobcats, Wes Rogman had a match- and career-high 18 kills on .243 hitting to go along with 6 digs. No other Bobcat had more than 7 kills.

It Was Over When: Liam Maxwell went back to the service line at 14-11 in the fourth set. He finished the 9 point run with 5 aces and a kill, forcing LMC to burn both of their time-outs. By the time the carnage was over, the scoreboard read 23-12. Mark Timmons punctuated the match with an ace of his own. In all, the Crusaders finished with 12 aces—three times as many as Lees-McRae.