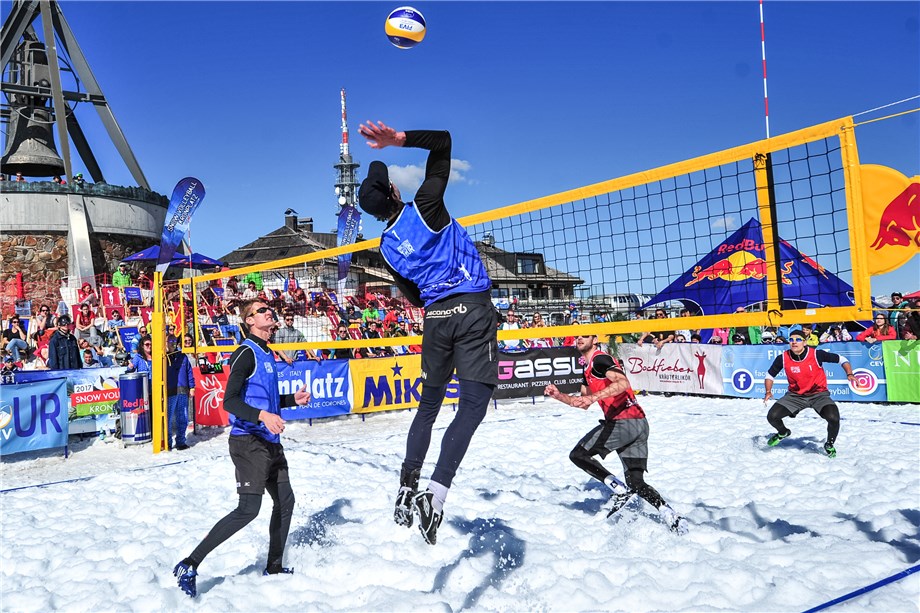 Snow Volleyball has begun to pick up steam in Europe and now the FIVB and CEV will showcase the sport at the upcoming PyeongChang Olympics. The showcase will take place at the Austria House on February 14 in conjunction with the Olympic Games.

At the showcase, a number of volleyball and beach volleyball stars will highlight the exhibition match. Some players that will participate are – 3-time Olympic medalist and 3-time World Champion Giba and 2-time Olympic medalist Vladimir Grbic. From the beach, Emanuel from Brazil will take to the snow along with Xue Chen of China who won bronze at the 2008 Olympic Games. South Korea’s Kim Yeon-Koung, who was the MVP of the London Olympic Games will be in attendance along with Austrian’s Stefanie Schwaiger and Nikolas Berger.

“It is a fantastic setter for us to showcase Snow Volleyball,” said FIVB President Dr. Ary S. Graca. “We are very excited about the prospect of this new sport which will provide an opportunity for a new demographic to enjoy volleyball.”

The FIVB will reveal a plan for snow volleyball going into the 2018-19 season. The CEV has already taken steps to advance the sport, as they have established the Snow Volleyball European Tour and the CEV European Championships. The championships will take place for the first time this year with 17 countries hosting national championships to qualify players.