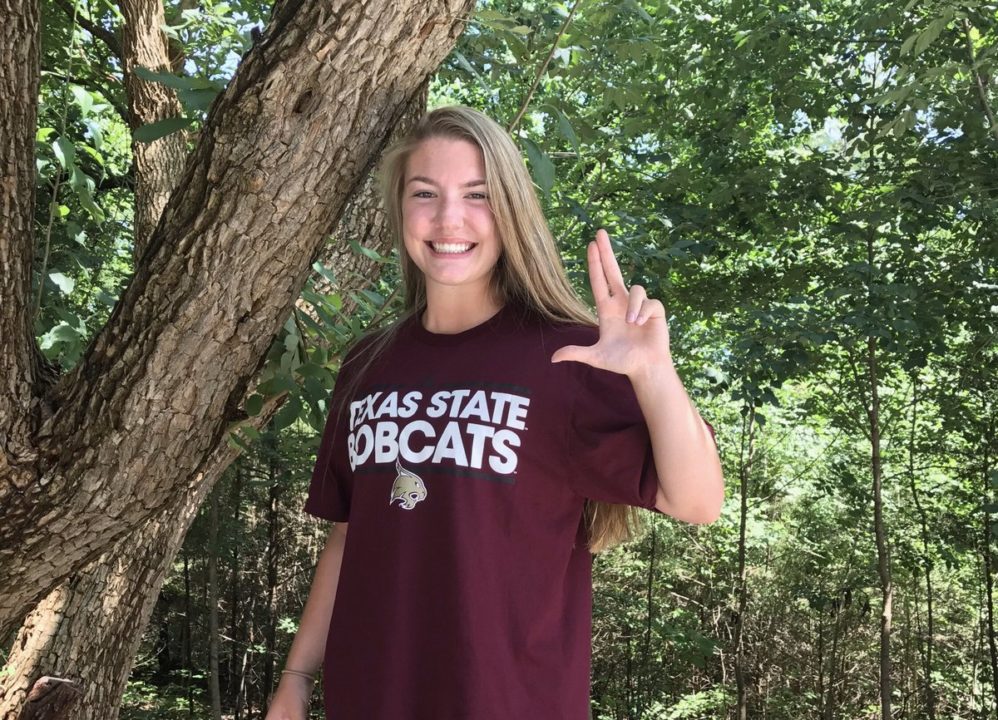 Michelle Foster, a class of 2019 recruit from Texas, has committed to Texas State for her collegiate career. A 5’4″ defensive specialist/libero, Foster currently plays for Lovejoy High School and Skyline Juniors Dallas on the club side.

For her high school team in Lucas, Texas, Foster was a part of a 21-8 squad last season as a sophomore. She played in 68 sets over the course of the season, averaging 1.4 digs per set. In her junior season, she will look to take on a larger role and star for a team that has several other college commits on the roster. Some of Foster’s highlights from her high school team can be seen below:

In terms of her club career, Foster is a part of a very successful Skyline team that is the only club in the nation to qualify teams in the highest division of USA Championships in every age group from 2009-2017. They also ranked top three in the country.

Texas State is coming off of a 21-12 year in 2016 as they just started up the new 2017 season. They currently have four defensive specialists/liberos on the roster (three sophomores and one freshman).

The band playing the fight song during a basketball game.
Texas State had no official fight song until 1961, when Paul Yoder was commissioned to compose “Go Bobcats.” The song is the rousing “call to arms” for all Texas State athletic games and competition.

Go Bobcats all the way,
Keep that maroon and gold on high!
Fight on for every play
Until you hear that Bobcat battle cry!
We’re gonna cheer for our team today
Until the whole world knows our name.
No doubt about it,
We’re gonna shout it —
Bobcats will win this game!

What’s your point? I didn’t know this was a history lesson.

I was simply welcoming this young lady to the Bobcat family….and I still do…