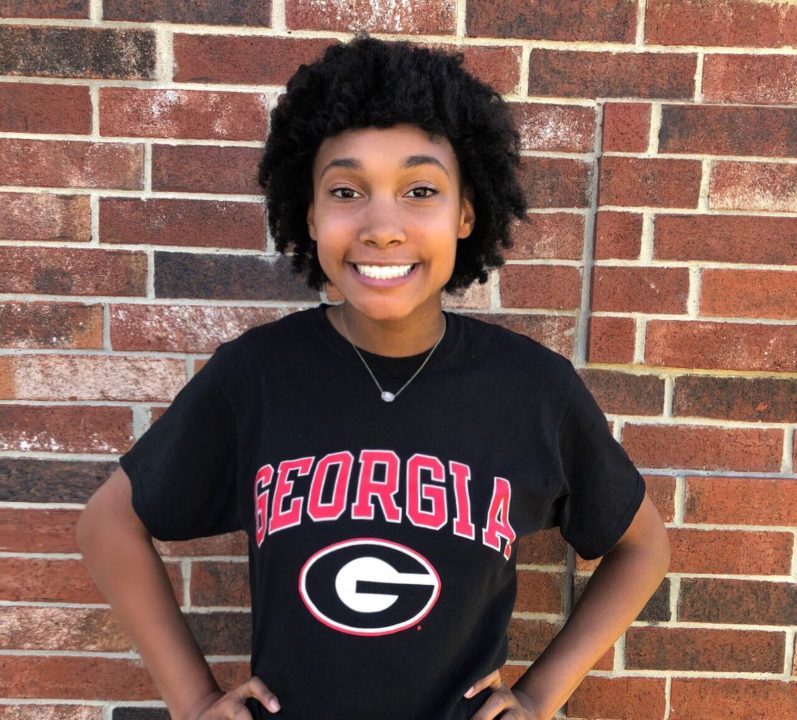 Class of 2021 recruit Lyric Stewart has verbally committed to the University of Georgia women’s volleyball program. A 5’11” middle blocker and outside hitter, Stewart would join the Bulldogs for her freshman season come the fall of 2021.

Stewart recently completed her freshman season at Lake Ridge High School in Mansfield, Texas. As the team’s starting middle blocker in year one, she helped the team finish 35-10 and make the Texas 5A Regional Quarterfinals with two state tournament victories.

Individually, according to her MaxPreps profile, Stewart logged 192 kills (1.6 per set) on a .169 hitting percentage, 126 digs (1.0 per set), 63 blocks (0.5 per set) and 43 aces (0.4 per set). That performance was good enough for her to win a litany of awards as the Team Newcomer of the Year and Second Team All-District. She was also Academic All-District.

On the club circuit, Stewart continues her prep career playing with Mad Frog Volleyball and the 15s National Blue team. Her club profile can be seen here.

Georgia finished the 2017 season at 22-12 overall and 10-8 as a member of the Southeastern Conference (SEC). They also made the NIVC postseason tournament where they won two matches to make the quarterfinal round.

Excited to announce my verbal commitment to play volleyball and further my education at the University of Georgia! I want to thank my coaches, teammates, and family for getting me here. #godawgs 🐶 pic.twitter.com/2pf7rk5EfT