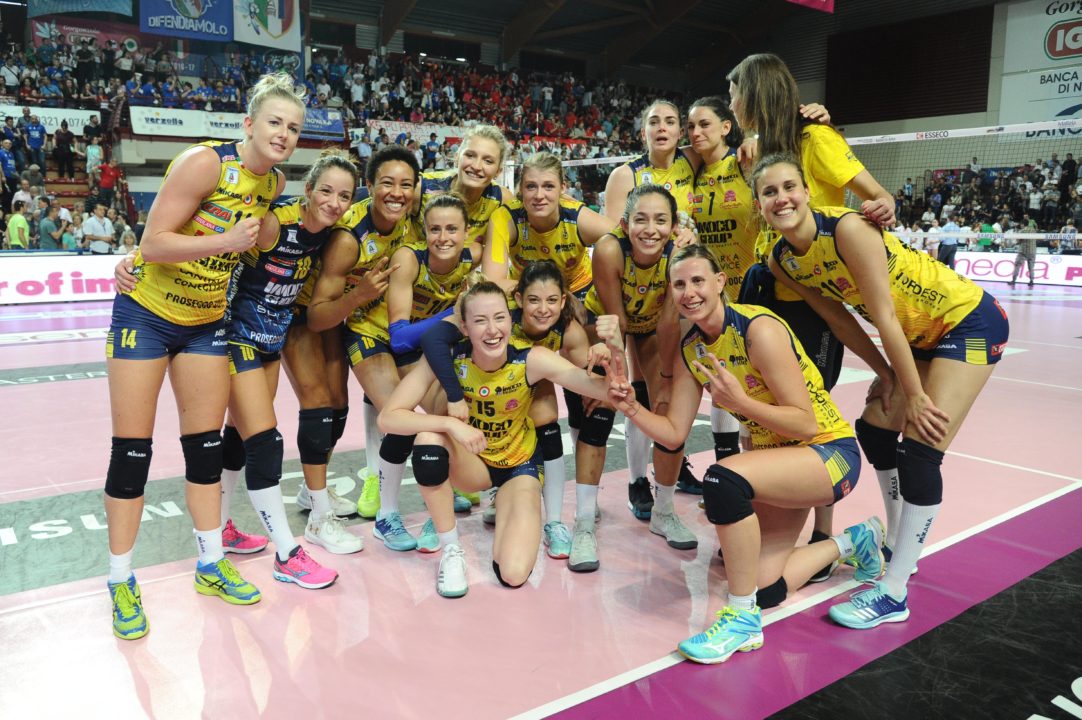 Top European teams, including 3 of the 4 semi-finalists from last year's Champions League, have banded together to try and influence the CEV and FIVB. Archive Photo via Lega Pallavolo Serie A Femminile

May 14th, 2018 marked a historic date in women’s volleyball in Euorope. That was the date of the first meeting and formation of the Association of European Clubs. The teams signed the Milan Charter, which outlines the objectives of the association in a continental union to advance the sport at a professional level in Europe.

The charter outlined a number of objectives, which will have to be negotiated with the CEV – the governing body for volleyball in Europe.

Goals of the organization:

The association comes at a time where clubs around the world are fighting for more control and influence in the sport. That includes several Italian men’s clubs last year that threatened to, or actually did, withdraw from, European Cups. This follows on the heels of similar weight-throwing by top European football clubs, who have in recent years threatened to withdraw from several European cups in order to form their own association if rules weren’t changed to benefit them.

So far, at least the Italian league has supported the moves of its members. Another meeting was being planned, originally expected for June, but no new news has been released by the organization yet.