21 Volleyballers Nominated by Conferences for NCAA Woman of the Year 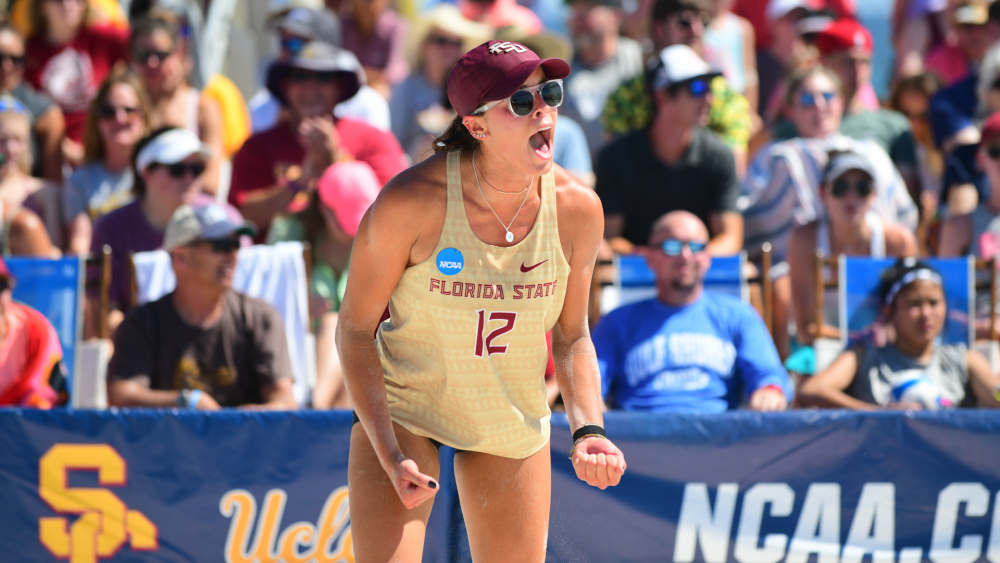 Florida State's Vanessa Freire was the only beach volleyball player to advance to the next round of nominations for Woman of the Year, along with 20 of her indoor colleagues. Current Photo via Andrew Salinero

21 volleyball players have been nominated by their conferences for the 2018 NCAA Woman of the Year honor.

The award honors women who have excelled in academics, athletics, service, and leadership in college.

That number is exactly the same as last year, and is the second-highest among all sports, trailing only 51 from track & field (which has almost twice as many participants in NCAA competition as does volleyball).

In the 2nd round of nominations, after each NCAA member institution had the opportunity to put forward two female student-athletes, each conference was tasked with the same. That reduced the field from 581 to 154. The next step will be to name the Top 30 in September (3 from each Division of the NCAA, then narrowed to 9 finalists (3 from each Division) in  early October. The top 30 will be honored at an awards banquet in October 28th in Indianapolis, which includes a weekend of service for those nominees in attendance.

To be eligible for the award, an athlete must have earned a varsity letter in an NCAA-sponsored sport and completed eligibility in that sport.

Among the nominees was Vanessa Freire, a beach volleyball player at Florida State, who finished 2nd in the NCAA National Championship tournament in 2018. One of the team’s two senior captains last season, her 75 career dual wins rank 3rd in school history. She was named a 2018 AVCA All-American and the 2017 CCSA Tournament MVP.

While the ACC, where most of Florida State’s sports compete, nominated NC State swimmer Alexia Zevnik  and NC State runner Erika Kemp for the honor, Freire was one of 4 nominees from a special category for teams and athletes who either don’t compete in a conference, or where the conference that sponsors their sport isn’t their normal conference. All athletes that fall into this category are sent to a special committee that nominates 4 forward with the other conference nominees. Freire, who played beach volleyball in the two-sport (swimming & beach volleyball) CCSA, falls into this category.

Brief Bios on the rest of the NCAA Division I Nominees: