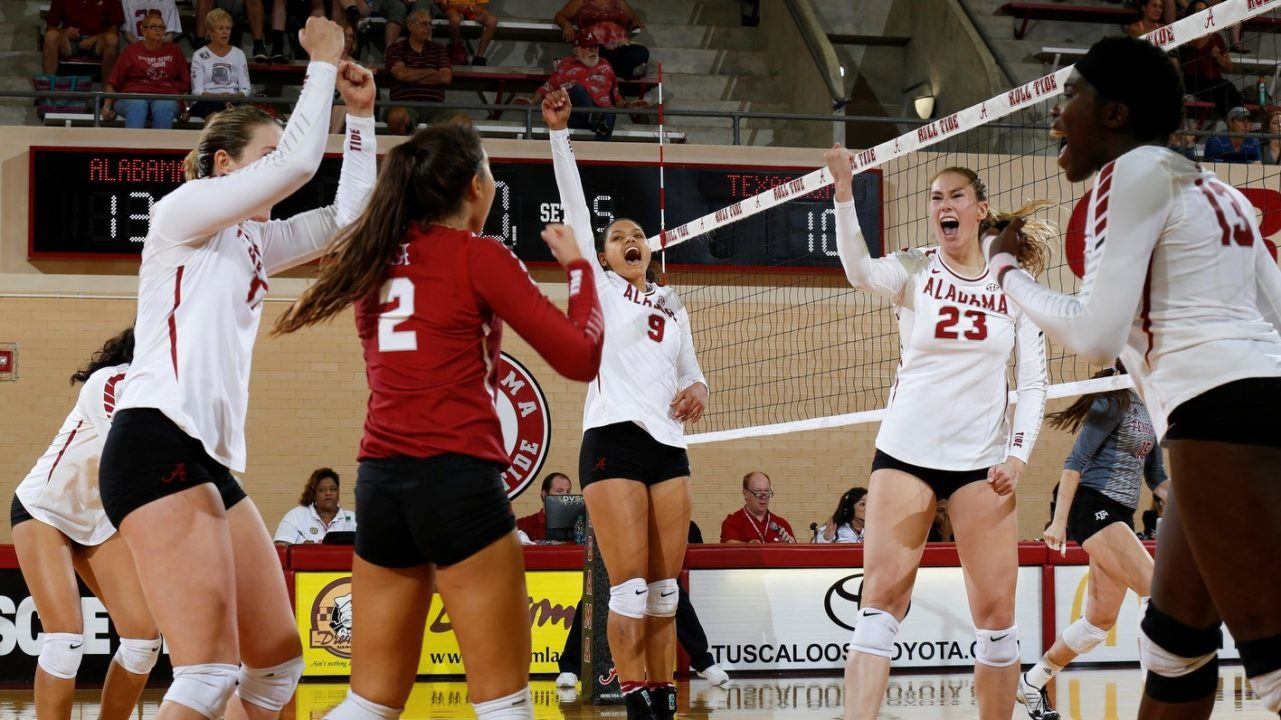 The Texas A&M Aggies, despite emerging from non-conference play with just a 6-5 record, remained in the top 25 this week thanks to a monster strength of schedule.

As SEC play began for them on Friday, however, things began to look more dire for the defending conference champions and presumptive favorites this season when they fell to Alabama 3-2 on the road.

That win is the 7th in Alabama program history over a ranked opponent and its first since a win against A&M almost two years ago.

The Crimson Tide started out the match hot, winning the first two sets thanks in part to a strong service game that included 4 aces in the opening two sets.

After Alabama won the first set, it looked like the Aggies had righted the ship as they led most of the second set by as many as 5 points. A late run, however, led by the team’s star Krystal Rivers and Leah Lawrence (the latter of whom scored the last two points of the frame) put the Crimson Tide up 2-0.

The Aggies continued to outhit Alabama in the 5th and final set, and even had 3 service aces to none for Alabama, but more late power from Rivers, who ended the match with 29 kills (5.8/set), carried the home team through. Rivers ranked 2nd in the country in kills-per-set coming into the match and raised that average in Friday’s contest.

For A&M, junior outside hitter Kiara McGee led the Aggies with 17 kills on just 1 error for a .485 hitting percentage. Kaitlyn Blake also chipped in with both 2 service aces and 9 blocks (2 solo, 7 assist).